Hytale is a Minecraft challenger – but it’s not Minecraft 2 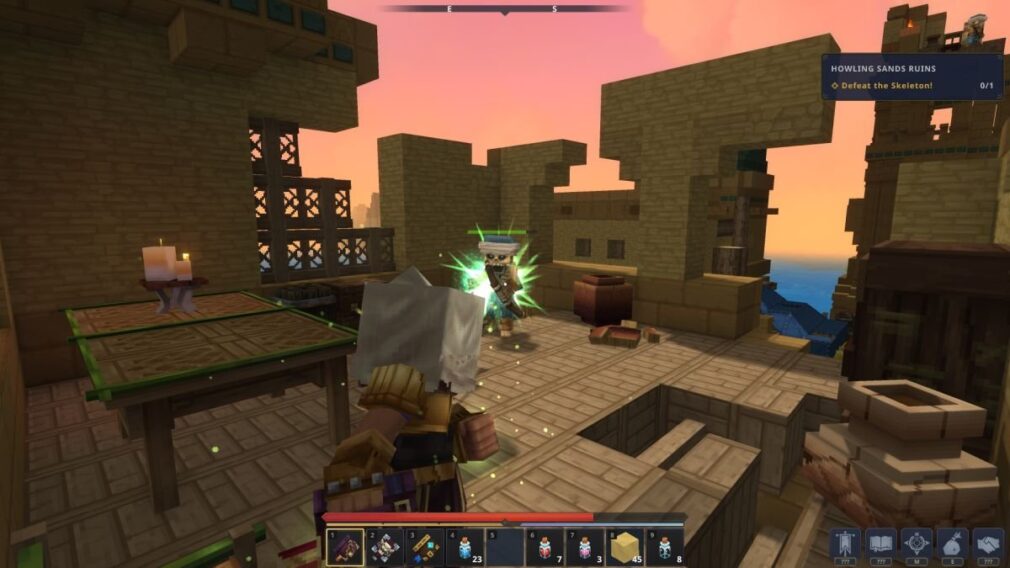 Upcoming adventure game Hytale might have origins in one of the most successful Minecraft community servers, but it definitely isn’t a simple follow-on to Mojang’s iconic block builder. One of the sandbox-RPG game’s devs has said they “don’t want people to think that we’re, like, building Minecraft 2.”

In an interview with Edge magazine (issue 342), Hytale project lead at developer Hypixel Aaron Donaghey talks about some of the challenges of developing in a genre that’s primarily defined by one game. “When you look at a genre – say first-person shooters – there are certain things that are definably genre, and there are certain things that are definably the game.” An example being, he says, reloading being mapped to the R key in both Borderlands and Call of Duty games.

What the Hytale team wants people to understand, he continues, is that the game’s not a Minecraft sequel. “Despite being a Minecraft challenger, we don’t want people to think that we’re, like, building Minecraft 2.”

Interestingly, elsewhere in the interview the project lead touches upon how this kind of consideration fed into early ideas about just what Hytale would be. “Every single fibre of our bodies was like, ‘No, don’t make a blockgame!” he laughs, adding they had ideas like: “‘Let’s make a top-down shooter!’, you know”.

Of course, Hytale isn’t going to be a top-down shooter, and while it seems the devs were initially a little reluctant to make the game in a way that was too similar to Minecraft – “When you leave the nest, you want to get as far away from the nest as possible, right?” – in the end “the realisation just sort of hit us”, Donaghey says. “Why are we fighting something that is just our nature?” – something he says was the desire to “go and make something for this [Minecraft] community that we know, and we understand, and we appreciate, and that we really treasure.

“And we’ve got the world’s best team to actually make something that can move that genre forward.”