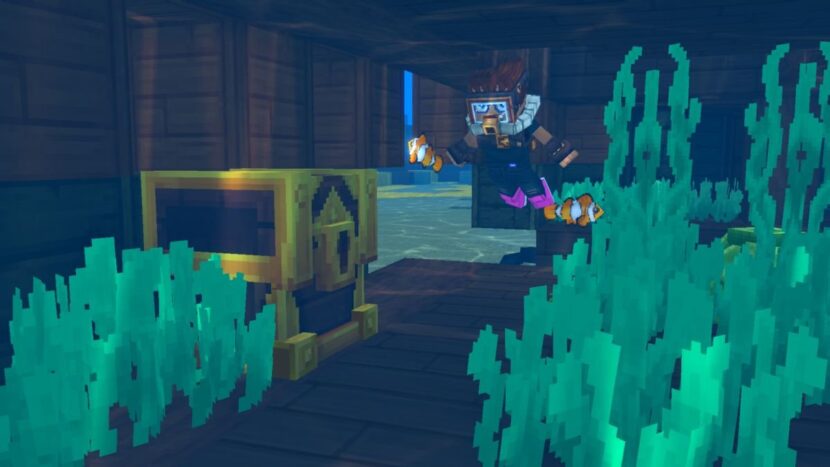 Hytale features a procedurally-generated fantasy world composed of blocks of numerous shapes arranged in a three-dimensional grid. The world features different randomly generated biomes, creatures, and dungeons. Players can participate in minigames similar to those found on the Hypixel server, such as SkyWars and BedWars. Players will be able to build and share mods and custom content using a set of browser-based and in-game tools, including an in-game model editor called the Hytale Model Maker. Hytale can be played in first-person and third-person view.

Hytale will feature an adventure mode which includes procedurally-generated zones, made up of many biomes and including different encounters. This mode will feature RPG-styled combat for singleplayer and multiplayer and include dynamic boss encounters and dungeon exploration. Players can find overgrown towers and fight large bosses. Hytale contains many creatures, including animals, monsters, and factions. Each zone contains different types of creatures, with some guarding the powerful gear.

Many popular minigames from the Hypixel server will make their way into Hytale. It also will feature a character customizer which includes thousands of cosmetic items. Hytale will support large community-run servers, and players can fight using a combat system built for multiplayer.