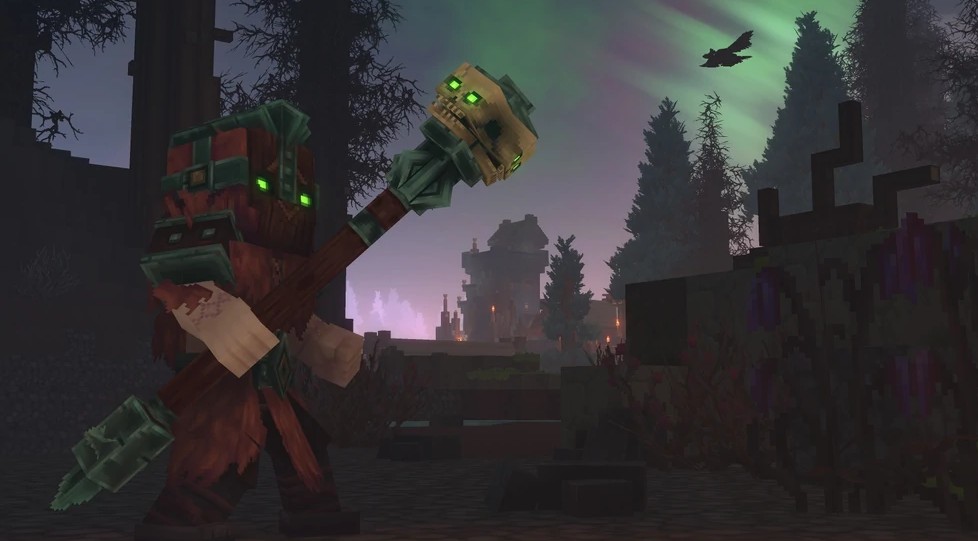 Weapons are combat-oriented pieces of equipment, which provide players or mobs with the ability to deal damage in Hytale.

Weapons have three known classifications – melee, ranged, and magic. It is unknown exactly which weapons will appear in-game upon release, but more detailed information will be added over time, as it is revealed by Hypixel Studios. Some weapons detailed here are from official concept art, the “Hytale UI” developer blog post, or gameplay footage, or other promotional material. The nature of these weapons, at the moment, is unknown. These could be randomly-generated, random drops (mmo-style), or quest-oriented weapons. Until the release of Hytale, all details are subject to change.

The weapon types that have been revealed include: one-handed, two-handed, warhammers and axes. However, more are believed to exist.

Promotional images have shown factions like the Trorks and Outlanders wielding large weapons. However, it is unknown whether a player will be able to wield weapons such as these.

One-handed shortswords are small swords that can be wielded with only one hand. They do less damage than longswords. When wielding a shortsword, another item can be held in the offhand. This category includes:

Two-handed longswords are long swords that due to their size must be wielded by two hands. They do more damage than shortswords. This category includes:

Warhammers are slower and have a wider sweeping attack, designed for crowd combat, and can be wielded with either one or two hands. This category includes:

Axes have limited range of motion, however their vertical attacks deal ‘devastating’ damage. This category includes:

Spears are long two handed weapons that can either be thrown or used in melee range to strike a targets. This category includes:

Daggers are small one-handed blades. They can be either thrown or used in melee combat. This category includes:

Bows are two-handed ranged weapons which require ammunition to be used. This category includes:

Staffs are one handed magical weapons which cast unique spells, requiring mana to do so. This category includes:

Spellbooks are magical two-handed magical weapons that can cast magic from them. They require mana to be cast. Spellbooks are held in the player’s right hand with the spell being cast in from the players left hand. This category includes: