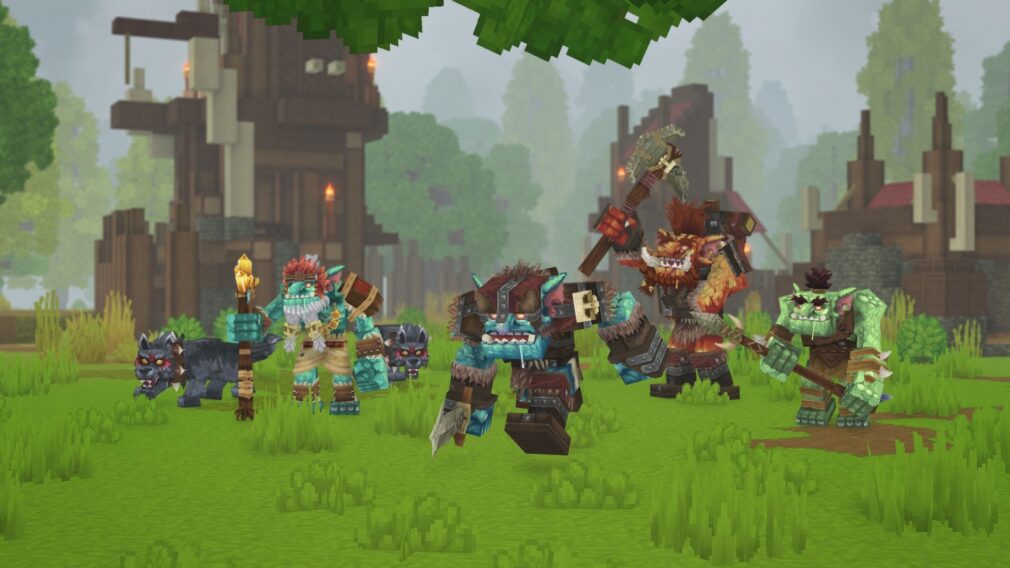 The Trork are a race that is Hostile toward players. They inhabit Zone 1 of Orbis. Both the Trork’s name and appearance are a mix between two creatures that are common in fantasy; trolls and orcs.

Trorks are one of the intelligent societies, or races, of Hytale. They can be inhabiting and defending built structures referred to as Trork Camps. Trorks can perform complex tasks, like domesticating animals and engaging in armed combat using weapons such as swords and axes.

Trorks have a few different classes:

Hunter
Blue-green with black hair tied in a bun.
Wields a sword.
Owns a pet wolf.

Shaman
Light-green with red hair and a long gray beard tied up.
Wields a staff.

Trorks inhabit the Emerald Grove on Orbis and can be found in and around run-down Trork camps.

Each different type of Trork has its own behavior patterns which influence the ways they act in-game. For example, sentries will guard the Trork village from predators or players. Trorks will keep watch of their camp from atop one of the two Trork watchtowers found inside of the Trork camp.

Trorks may sometimes try to attack passing birds. Sometimes Trorks will fight among themselves, and can knock each other out. Trorks will try to find a warm shelter if they are outside in the rain.