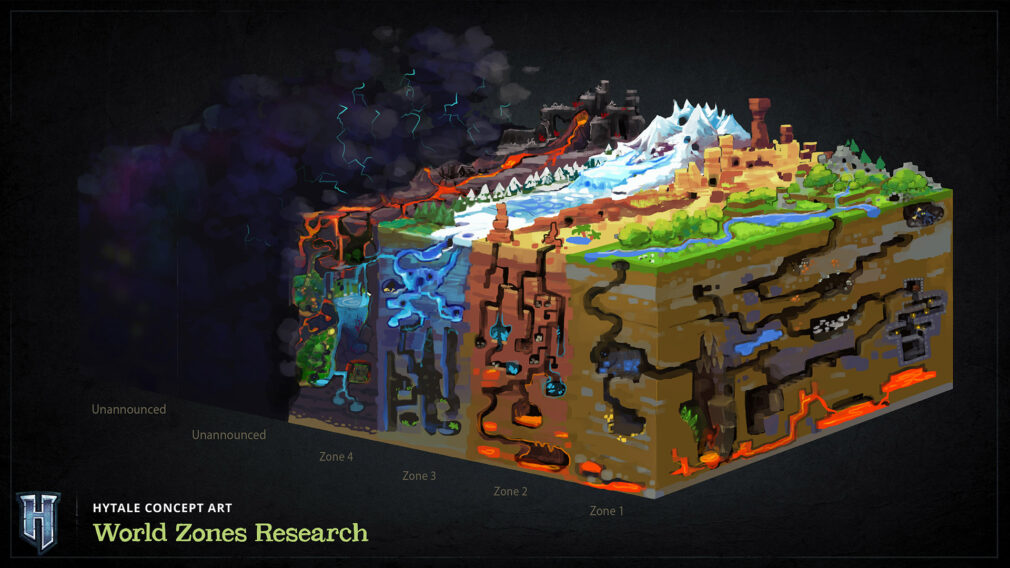 Orbis is a planet similar to Earth, sharing many of the same elements. Its sky is blue and there are an abundance of forests and wild animals, some of which can be tamed. Orbis has a variety of biomes ranging from lush forests and lakes, to high-peaked mountains, snowy plains, and searing deserts. The land is populated by tribes like the Kweebecs and Humans. Orbis is also home to monsters like Trorks, and various unique boss mobs. Deep under the surface of Orbis are various cave systems, which may hide dungeons or mineshafts waiting to be explored. Deeper caves may also contain molten lava, as they get nearer to the planet’s core.

Orbis is composed of multiple Zones. The details of only some are known thus far. Although some have been referred to with specific names, these have not yet been finalized.

Emerald Grove is the starting zone, with a lush green surface, lakes and sprawling caves under the surface and hot magma underneath the surface deep underground. It varies between extensive green plains, and forests. Zone 1 represents the “Earth” element.

Howling Sands is a much dryer environment. Most of Zone 2 has no grass, similar to a desert. Large sand temples would be present on the land and would have a similar underground structure to zone 1, only with sand instead of stone, and with little/no water, But it is also home to the Savannah. The savannah is a partially grassy land and home to many creatures, one, for example, is the Meerkat. Zone 2 represents the “Wind” element.

Borea is a much colder zone, similar to a snow area, although some plants still live here, all life here has to be adapted to the coldness of this zone. Underneath this zone are caverns with water and some more fragile life, however, lava is far less likely to appear here. Zone 3 represents the “Water” element.

Devastated Lands is the opposite of Borea, magma and fire are everywhere, similar to hell. Scorched stone dominates the land with lava rivers and lakes covering the surface. However if you go underground you can find more calm caves with water and even some life. Zone 4 represents the “Fire” element.

Though Zone 5 is unannounced, it is agreed by many that it represents the “Lightning” element.

Though Zone 6 is unannounced, it is agreed by many that it represents the “Void” element