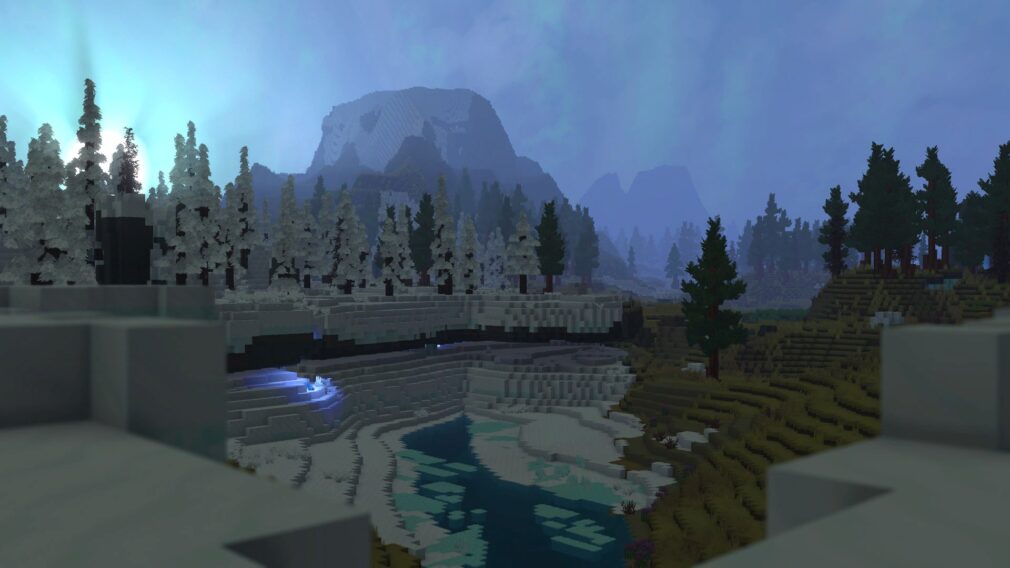 Borea, also referred to as Zone 3, is the coldest zone of Orbis. It is a land of snowy landscapes, mountains, tall spruce forests, and frozen caves. Outlander Villages also spawn in Borea. This zone could have some connection to the Element water.

Borea is inhabited by Outlanders, as well as other creatures, such as yetis, polar bears, mice, wolves, snowy owls, woodpeckers, and rams.

The following is a list of NPCs that inhabit Borea:

Borea is a cold taiga featuring a snowy, mountainous terrain with dense forests containing objects such as rock formations, glaciers and large trees. Underground, Borea contains many caves, dungeons, and mineshafts, which are bigger than most other underground structures. Outlander villages also generate in Borea.