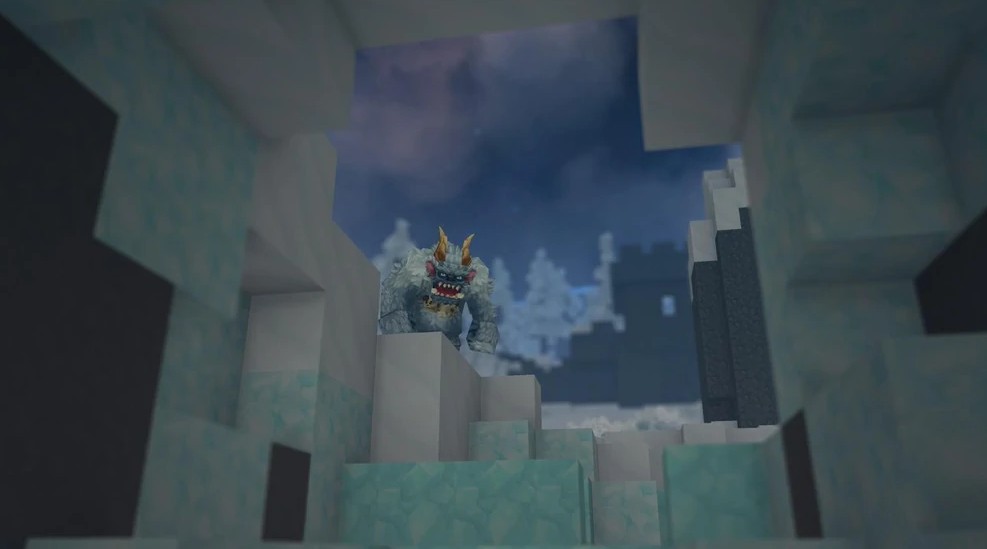 A yeti is a hostile monster mob, which may be found in-game following the release of Hytale. Yetis spawn in Zone 3. Although often referred to as a “yeti”, the real name of this mob has not actually been confirmed.

While fighting, yetis have been known to pick up large pieces of the earth and throw them at players.

Yetis have also been seen wearing necklaces made of Human skulls, suggesting they may be an intelligent mob.