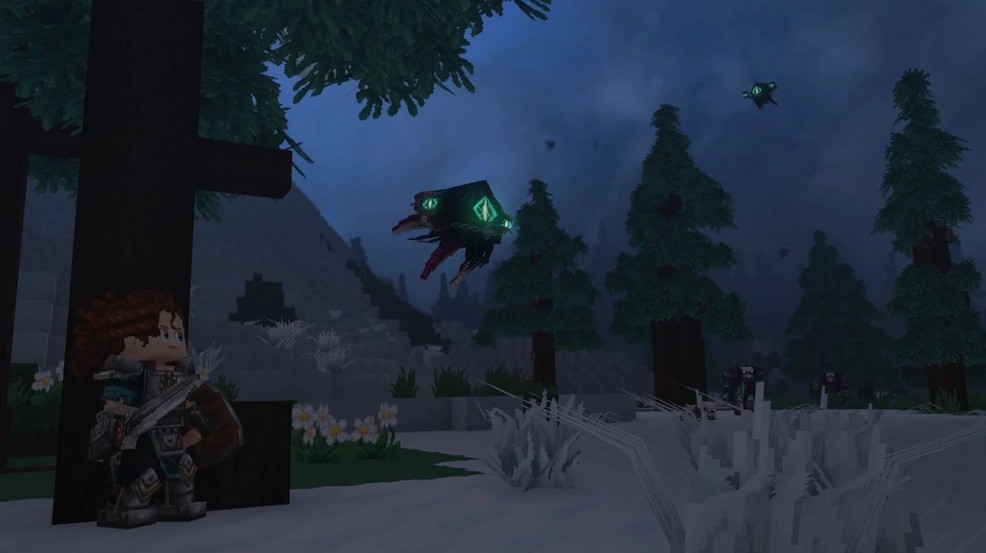 A void eye is a hostile mob that will appear in Hytale. Void eyes are one type of Varyn’s many different minions; they are creatures of void. Void Eyes can spawn in any zone of Orbis. Void eyes serve as the “scouts” of Varyn’s horde of minions. They range deep into untainted territories long before the corruption has even reached them and report their findings back to Varyn.

When injured, void eyes will call other void creatures to help defeat a player. The summoned creatures may include Crawlers, Void Spawn, or other mobs. It is unknown what type of fighting style they themselves utilize.