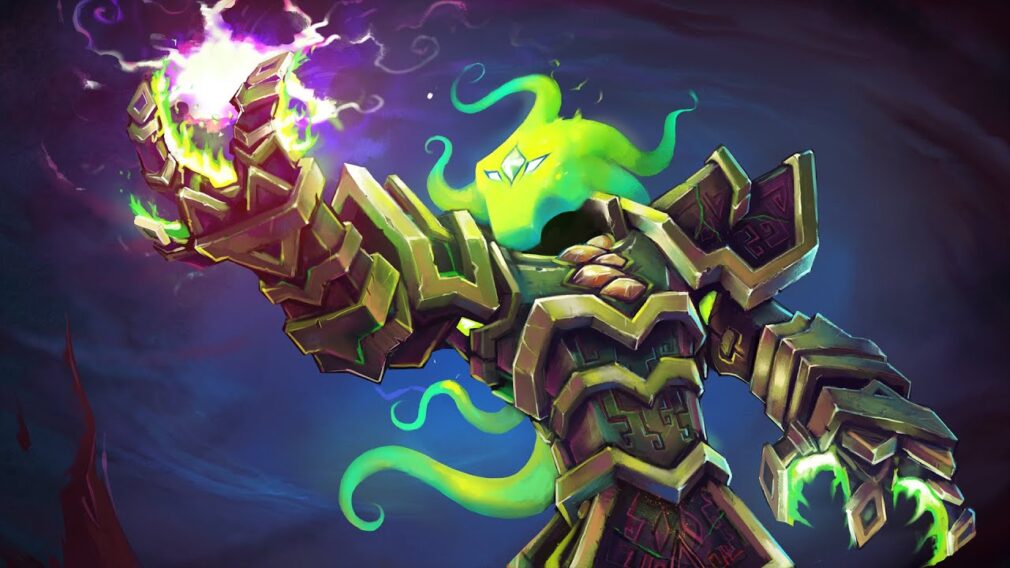 Varyn is the primary antagonist of the Hytale universe. Hypixel Studios has stated that Varyn is a very important character in the storyline. This demonic figure isn’t native to Orbis and is capable of powerful void magic. Varyn has a variety of void-corrupted creatures under his control, which are referred to as “Void Spawn“.

Void is one of the six Elemental runes that feature through out Hytale. Void is mainly used by Varyn to corrupt creatures and turn them under his control becoming Varyn’s Spawn. It is also known that Varyn shall be very powerful in the ways of Void magic. Apart from this information presented, not much else is known about the Voids connection to Hytale and what other purpose it shall serve.

Varyn can summon monsters such as Varyn’s Spawn to create an army.

Varyn is not from Orbis.

Varyn looks “a little bit like a demon, and not exactly humanoid”, having green skin and diamond-shaped eyes. Varyn holds a purplish orb representing void magic.