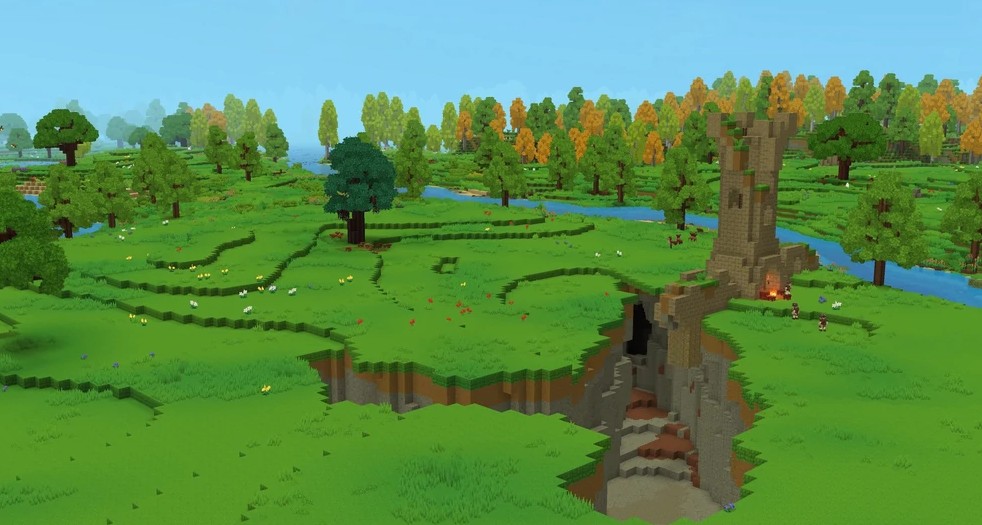 Zones are unique procedurally-generated areas in Hytale‘s Adventure mode, with each zone having unique sets of Prefabs, Creatures, biomes, quests, characters and more.

Zone 1 (currently known as “Emerald Grove“) is the starting zone for players. It has a lush green surface, lakes and sprawling caves under the surface and hot magma underneath the surface deep underground. It varies between extensive green plains, and forests. Zone 1 is part of the zones that make up Orbis. Zone 1 embodies the “Earth” element.

Zone 2: (currently known as “The Howling Sands“) is a much dryer environment, with no very little vegetation, and akin to a desert. Large sand-like temples would be present on the land and would have a similar underground structure to Zone 1, only with sand as the main building material instead of stone, and with little to no fresh water. Zone 2 is part of the zones that make up Orbis. Zone 2 embodies the “Wind” element.

Zone 3: (currently known as “Borea“) is a much colder and snowy zone, although some plants still live here. All life here has adapted to the cold temperatures. Underneath this zone is caverns with liquid water and some more fragile life, however, lava is far less likely to appear here. Zone 3 is part of the zones that make up Orbis. Zone 3 embodies the “Water” element.

Zone 4: (currently known as “Devastated Lands“) is a hot, hell-like zone. Scorched stone dominates the land, with lava rivers and lakes covering the surface. However, if you go underground you can find more calm caves with water and even some life. Zone 4 is part of the zones that make up Orbis. Zone 4 embodies the “Fire” element.

Zone 5: There is nothing known about this zone yet. But it’s existence is confirmed. Zone 5 will most likely embody the lightning element.

Zone 6: There is nothing known about this zone yet. But it’s existence is confirmed. Zone 6 will most likely embody the void element.

The Deep Ocean technically isn’t listed as a zone, although it stands separate from other zones and has even been described by developers as “a zone all by itself”. The deep ocean separates the Infinite Lands from the main continent of Orbis.

In the Ocean are tropical islands.