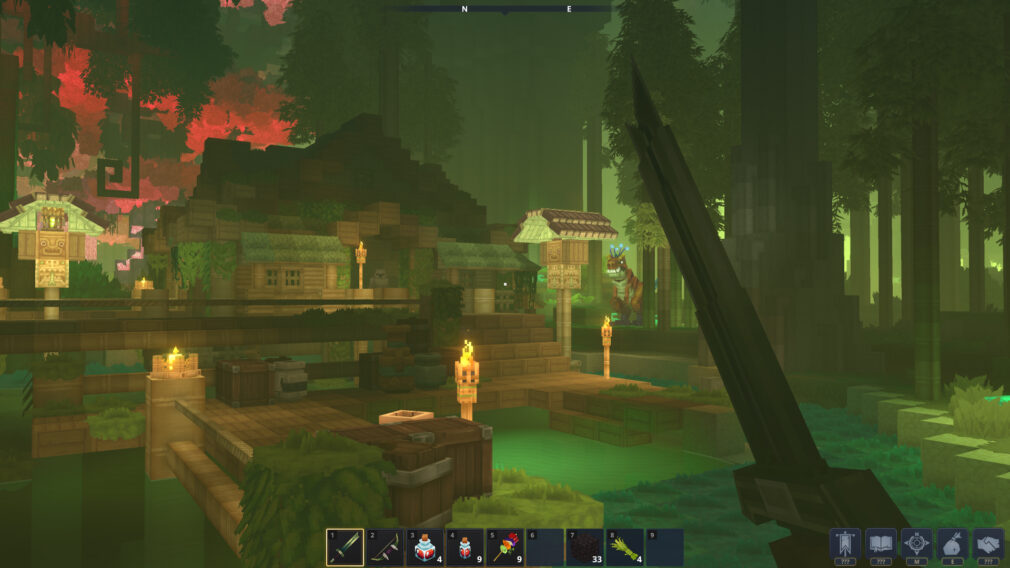 The Devastated Lands It is volcanic, consisting of ash-filled skies and magma-covered mountains, filled with creatures of lava, bones and ash. Surprisingly, underneath the volcanic landscape is a lush, underground jungle, filled with strange and dangerous creatures. The Devastated Lands, also referred to as Zone 4, is one of the six zones of Orbis.

Many different creatures can be found throughout this zone.

The following is a list of NPCs that inhabit the Devastated Lands:

The Devastated Lands are divided into five unique levels, numbered 0 to 4.

Level 0, the aboveground area of the Devasted Lands, is a harsh volcanic wasteland, covered in lava and ruins.

Level 1, referred to as the Devasted Caves, are similar to the surface, but as the player progresses downwards, sporadic vegetation can be found.

Level 2 contains sparse vegetation, including the addition of small bodies of water.

Level 3 is like a jungle, with large trees and dense undergrowth. Slothian villages can be found here.

The jungle underneath the Devasted Lands.

Level 4, referred to as the Forgotten Jungle, is the deepest, darkest, and most dangerous section of the Devasted Lands. The water from the higher levels traveled down and formed large pools. Many different types of dinosaurs can be found lurking throughout this level and most creatures down here are equipped with bioluminescent properties.