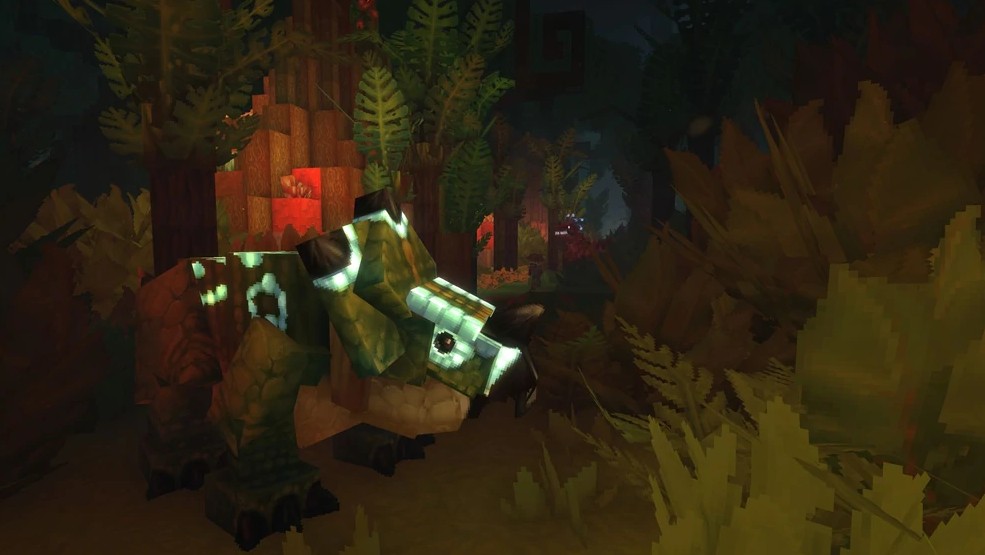 A Cave-Rex is a mob, presumed to be Hostile, that may appear in-game when Hytale is released.

At least one cave-rex (possibly more) can likely be found within the Forgotten Jungle (Level 4), the deepest level of the Devastated Lands.

The cave-rex is similar to the Raptor, in that it too possesses bio-luminescent traits. These traits may be synonymous with other cave-dwelling creatures around the cave-rex itself. The cave-rex could potentially be a boss mob.