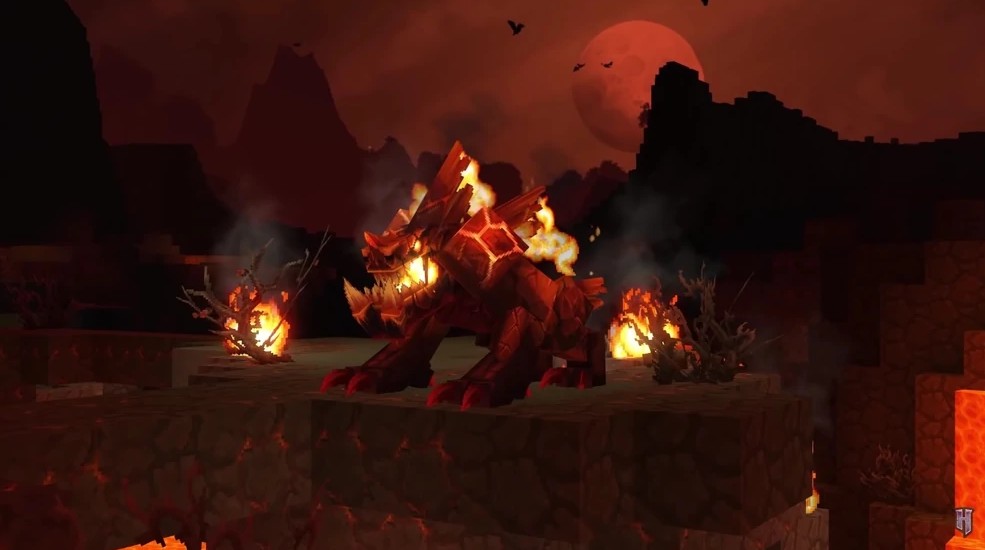 An Emberwulf is a monster mob that may appear in the Devastated Lands when Hytale is released.

The emberwulf is the only known mob, other than the Skeleton, that dwells on the fiery surface of zone 4.

Although the real name of this creature is yet to be confirmed, it is suspected to be “Emberwulf“, as it appears during the modding portion of the Hytale announcement trailer.

The Emberwulf has a stance similar to a real world wolf’s. It is red and orange with spikes on its back. There is fire coming out of those spikes. The Emberwulf’s lower jaw protrudes out further than the upper jaw and two of the teeth are larger tusks.