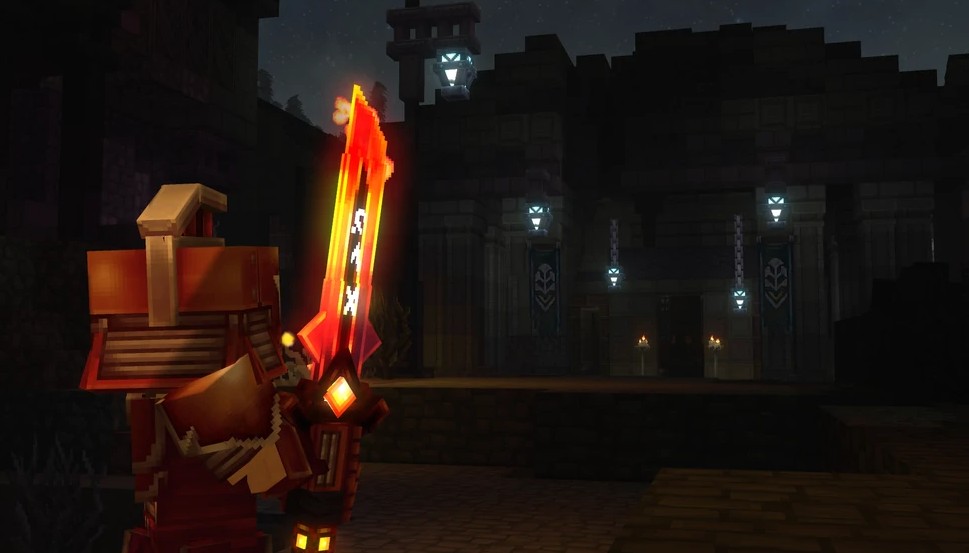 Ruins are a very common prefab in Hytale. Ruins can be found in (likely) all the zones of Orbis. They will come in different designs for different zones or biomes. Some ruins are filled with various numbers of hostile Skeletons for the player to take on, others house secrets to the history and lore of Hytale.

Emerald Grove Ruins are a type of ruin found on the plains in Zone 1. They come in a wide variety of shapes, being run-down watchtowers, fortresses, castles, and mansions, they are mainly constructed of stone, wood, quartzite, and other materials. These ruins are also covered in grass, ivy, and sometimes have trees protruding from them. Some have been seen to house Elemental Crystals within their walls.

Howling Sands Ruins are a type of ruin found on the deserts in the Zone 2. They take the shape of abandoned fortresses built out of unknown Zone 2 materials.

Scorched Ruins are a type of ruin found in an Unknown biome, the only thing known is that it was originally created by Human. They appear as ominous, burnt-down homes and villages. These ruins may have some sort of eerie, mystical side to them, as it is specifically noted that the torches in the ruins still burn, even though there is nobody around. There is supposedly a backstory to these ruins, as to how they ended up like did, which is available for the player to discover.