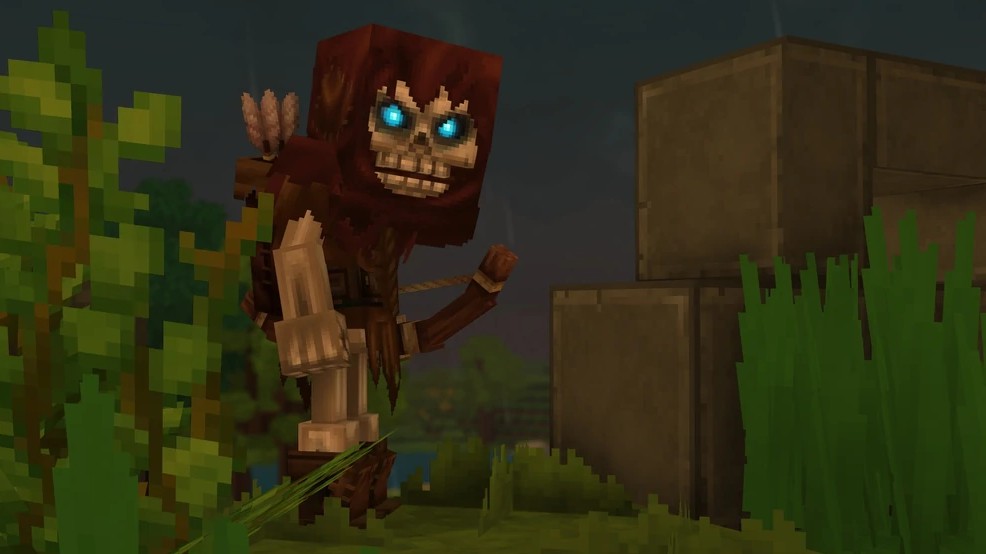 Undead are hostile monsters commonly found throughout the Dungeons and ruins of Orbis. Their appearance and threat levels change as a player progresses through the Adventure mode of Hytale. They have been shown to appear in both the open world and also inside dungeons.

There are several variants of the skeleton, which vary between different Zones.

Normal Skeletons carry swords and are depicted as rather slow-moving in the trailer. They have no attire and can sometimes crawl out from underneath the ground.

Skeleton Archers spawn in the Emerald Grove (and likely elsewhere) and will use the bow and arrow to attack players. Archers have no armor and wear hoods and rags for clothing.

Sand Warriors will be encountered in the Howling Sands. They carry light armor and a sword.

Frozen Warriors spawn in Borea. They carry light armor and a sword.

Skeleton soldiers spawn in the Devastated Lands. They are stronger than the normal skeleton, as they wear iron armor and carry swords,

Will spawn in Emerald Grove carrying a magical staff of what looks like the earth element.

Skeleton Spell Caster (name not official) is a type of Skeleton that spawns in the Emerald Grove (and likely elsewhere.) This Skeleton can cast spells through its Purple Spellbook.

Swamp Undead will spawn in the swamps of the Emerald Grove. They carry swords and have fungi sprouting from their skulls.

Undead Praetorians may be the strongest skeleton variant, as they wear lots of heavy armor and carry a large battle axe and a shield. Undead praetorians currently have no confirmed spawn location.