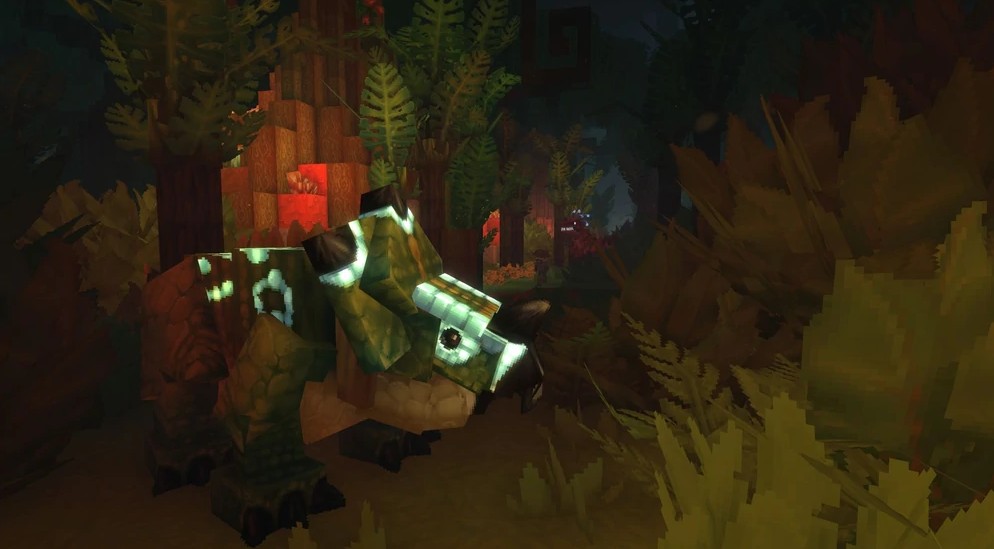 The Triceratops is an upcoming Mob in Hytale. Triceratopses spawn in the Tropical Jungle of Zone 4 and are most likely a Neutral mob.

Similar to other Tropical Jungle mobs, the triceratops has bioluminescent properties, featuring glowing patches on its face and body.

This mob may not even be a triceratops at all: the single horn on the pictured juvenile resembles that of a centrosaurus more than the three-horned triceratops.