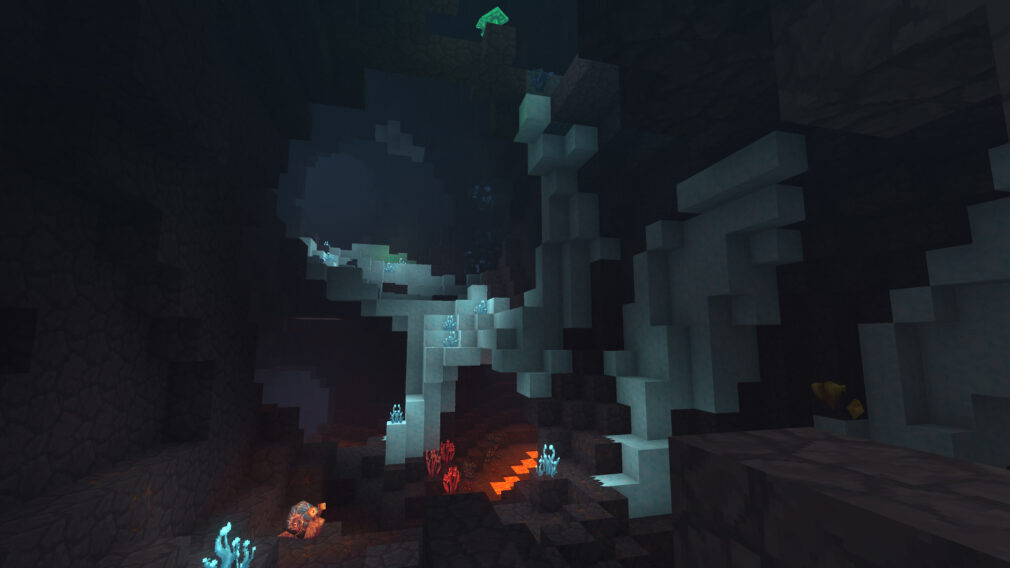 Hytale worlds are procedurally generated so we’re sure seeds will be used and can be shared you will be able to share seeds right here on HytaleSpy at release for more about how Hytales Worlds work keep reading.

Hytale’s world generation system: the technology that underpins every area you’ll explore as you progress through adventure mode. As you might expect, there’s a lot to cover – so let’s get to it!

First, however, a quick note: in order to focus on worldgen and avoid spoilers, we’ve disabled creatures and enemies in most of the screenshots below.

This piece of concept art is one of the first we produced when development of Hytale began. It depicts four of the zones that make up the planet of Orbis, which is where the bulk of Hytale’s storyline takes place.

As you can see, each zone is unique. Our world generation system draws from a different set of rules for each one, and each has its own set of biomes. If you look closely, you’ll get a sense for how underground topography changes from the winding caves and dungeons of zone 1 to the subterranean forests of zone 4!

GENERATING A ZONE
Here’s an example of zone-based worldgen in action. You’re looking at a top-down view of zone 1, comprising several different biomes: forests, lakes, hills, ravines and more. Our worldgen system ties these together seamlessly along with topographical features like ponds and rocky outcrops. You can also see a handful of generated points of interest.

Each zone has its own set of blocks and distinct content, including furniture sets, NPC races, creatures and critters, plantlife, weather, and geology. Exploring a cave in Borea will be very different from exploring a cave in the Emerald Grove!

COASTAL AREAS AND THE DEEP OCEAN
Zones have different coastal features, too, including specific biomes for the shoreline. Above you can see a mountainous coast in zone 3, whereas below you can see the sands of zone 2.

These unique worldgen elements continue underwater, with secrets to find if you’re brave enough to venture beneath the waves.

That’s not all, however! Venture far enough from land and you’ll encounter the ocean shelf: a sudden drop-off at the edge of each zone that leads to the deep ocean. The deep ocean is, effectively, a zone all by itself: it holds many dangers – and rewards – for intrepid explorers to discover. You’ll have to prepare carefully in order to survive in the depths!

Beyond the oceans lie the infinite lands. Hytale’s storyline won’t take you out that far, but our worldgen tech will ensure that there’s always something for you to find beyond the edges of the world.

World generation applies to underground areas too, including caves and dungeons. While these will play differently in each zone, there are a few universal principles that govern each.

Caves are full of secrets and creatures to encounter, and will be an important source of resources. They are entirely procedurally generated, based on rules that differ from zone to zone.

Dungeons are a little different. They comprise multiple chambers and encounters joined by connecting passageways, often culminating in a “Final Room