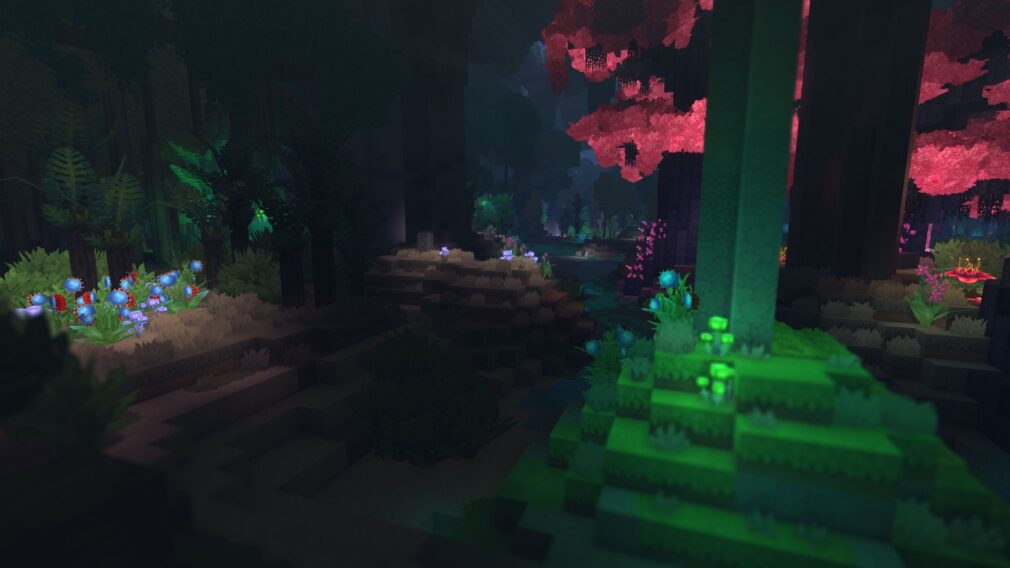 Alterverses are alternative universes (planets) within the Adventure game mode of Hytale. There are currently only 5 known alterverses: Orbis, Nexus, Karpak, Tor’Balyn, and Numdrassl. Players start their journey at Orbis. Alterverses are planned worlds in Hytale. There are five alterverses currently shown in concept art most of the player’s story takes place, and the role of the others is unknown. It is currently not known if the other alterverses will make it into the main game as not all concept art has been confirmed, and only Orbis has been shown in screenshots released for the game.

Orbis is the main alterverse, where most of Hytale ’s story takes place. It appears to be the most Earth-like of the worlds presented. Orbis features at least four zones – Emerald Grove, Howling Sands, Borea and the Devastated Lands,  which each have their own themes and climate. Orbis also contains large oceans. World generation on Orbis is infinite. One smaller celestial body is visible near Orbis; this could be a moon, or a representation of how many suns each alterverse has.

The concept art for Nexus shows a rocky purple surface covered with mountains, and what could be either cracks, or rivers strewn across its surface.

The concept art for Karpak shows a large yellow planet with mountains along the top and a spiral in the center. Two smaller celestial bodies are also visible near it.

The concept art for Tor’Balyn shows a cracked, red, mountainous surface. The planet seems to have been partially broken apart.

The concept art for Numdrassl features extremely tall (possibly marble) pillars stretching high up from its surface. Vegetation is visible. There is also a small celestial body visible near Numdrassl.