What is known about Hytale Devastated Lands 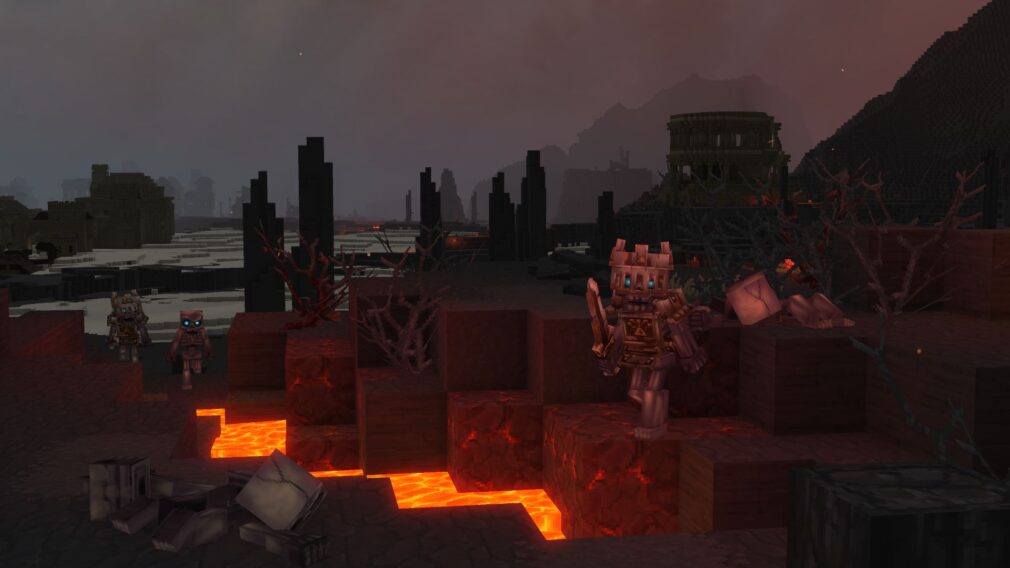 The Devastated Lands, also referred to as Zone 4, is one of the six zones of Orbis. It is volcanic, consisting of ash-filled skies and magma-covered mountains, filled with creatures of lava, bones and ash. Surprisingly, underneath the volcanic landscape is a lush, underground jungle, filled with strange and dangerous creatures.

The tropical jungle is a subterranean biome located under the volcanic landscape of the Devastated Lands (Zone 4). It is filled with a wide range of plants and animals.

This biome is a cave system that consists of four distinct levels, stacked on top of each other. Each level has an environment that is somewhat different from the the level above and/or below it.

The first level, referred to as devastated caves, is just below the surface of zone 4 and offers an environment that is a transition between the wasteland above, and the dense jungles below. Fiery caves gradually give way to the sporadic vegetation and water features found in the level below.

The second level of caves contains sparse vegetation, a few water features, and possibly some NPC outposts. As players descend, the vegetation thickens, transitioning into the denser jungle below.

The third level of caves mostly resembles a flourishing real-life jungle, with large trees, plants, and rainforest animals. Slothian villages can be found in this level.

The forgotten jungle is the deepest, wildest, wettest, and most-dangerous part of the tropical jungle biome. It is home to hostile dinosaurs and lakes. This level may be darker than the upper levels, as some of its inhabitants have bioluminescent properties.