Hytale Maps and how they work 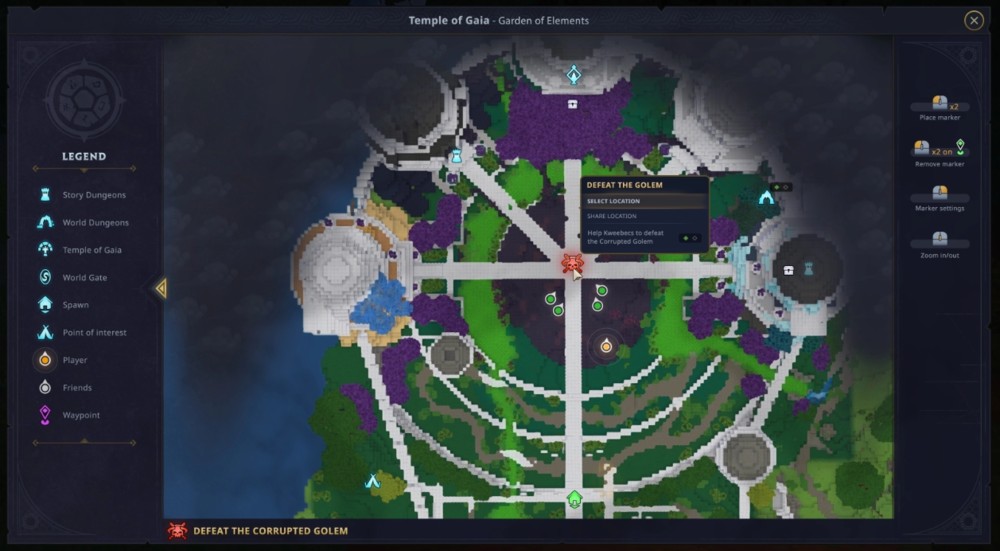 The Map is a Mechanic that can be used to navigate the world, locate quests, place markers as perform various other useful functions.

From first appearances, the map appears to contain a birds-eye view of the world, with various world icons overlaying the map, including Players, quests and other bosses. The map can also be interacted with to place markers and points of interest, and the map itself also displays the current quest along the bottom, along with its location. The map also lists the location the player is at.

Hytale Maps can be used to show a players current location, see players friends (or allies) locations, set a way point marker that can be placed on the map by the player. The marker can also be customised. Show the worlds spawn location and the others who are there along with the World Gate A type of Portal which allows connection to other Alterverses, Challenge Dungeons and Other important locations and other points of Interest like story markers Dungeons and NPC Locations.