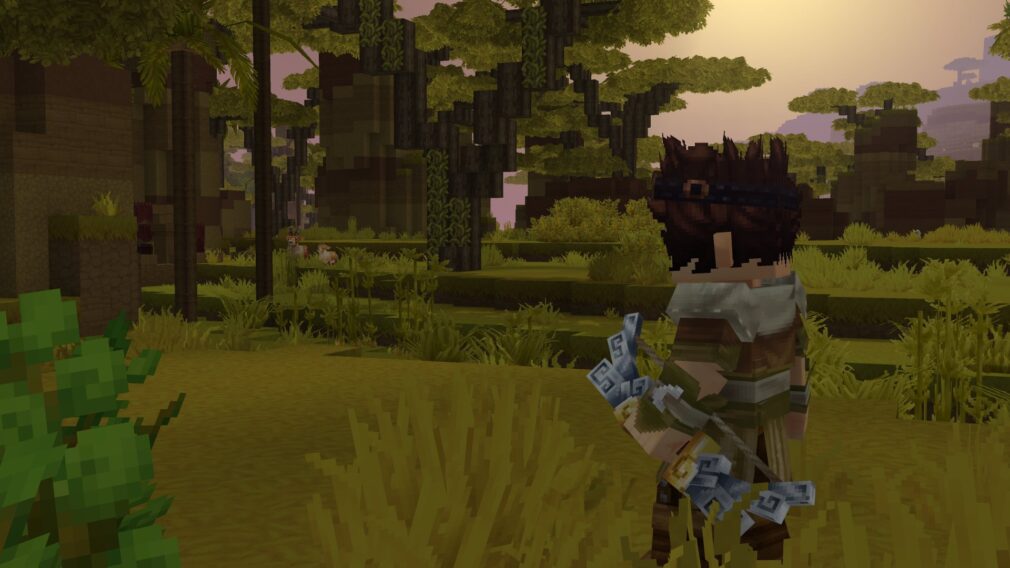 Equipment in Hytale could include Weapons, Armor, or other beneficial items. In the lists below, items are ranked based on item quality, using all available information. The known ranks include Common, Rare, Epic, and Legendary. It is assumed that the higher an item’s rank, the rarer it is to obtain (or more-difficult to craft, if crafting of the high-level weapons is possible). Weapons will also be able to become higher ranks by some unknown means.

Each of the items listed below was either shown in the Hytale announcement trailer, has appeared in concept art, or other promotional material provided by Hypixel Studios. It is possible that some items will be named differently, function differently, or may not be implemented at all when Hytale is released.

Weapons are combat-oriented pieces of equipment, which provide players or mobs with the ability to deal damage in Hytale.

Weapons have three known classifications – melee, ranged, and magic. It is unknown exactly which weapons will appear in-game upon release, but more detailed information will be added over time, as it is revealed by Hypixel Studios. Some weapons detailed here are from official concept art, the “Hytale UI” developer blog post, or gameplay footage, or other promotional material. The nature of these weapons, at the moment, is unknown. These could be randomly-generated, random drops (mmo-style), or quest-oriented weapons. Until the release of Hytale, all details are subject to change.

The weapon types that have been revealed include: one-handed, two-handed, warhammers and axes. However, more are believed to exist.

Promotional images have shown factions like the Trorks and Outlanders wielding large weapons. However, it is unknown whether a player will be able to wield weapons such as these.

Armor is a type of equipment that players can wear or wield, shielding them from sources of damage as they explore the world of Hytale.

Both players and enemies have been shown in promotional content as having the ability to equip armor.

Each of the items listed below was shown in the Hytale announcement trailer, concept art, or other promotional material provided by Hypixel Studios. It is possible that some items will be named differently, function differently, or may not be implemented at all when Hytale is released.

Back gear is a category of equipment that players may be able to equip on their backs. For now, the only known items of this type are depicted in official concept art. At the moment there is no detailed information on how these may work.