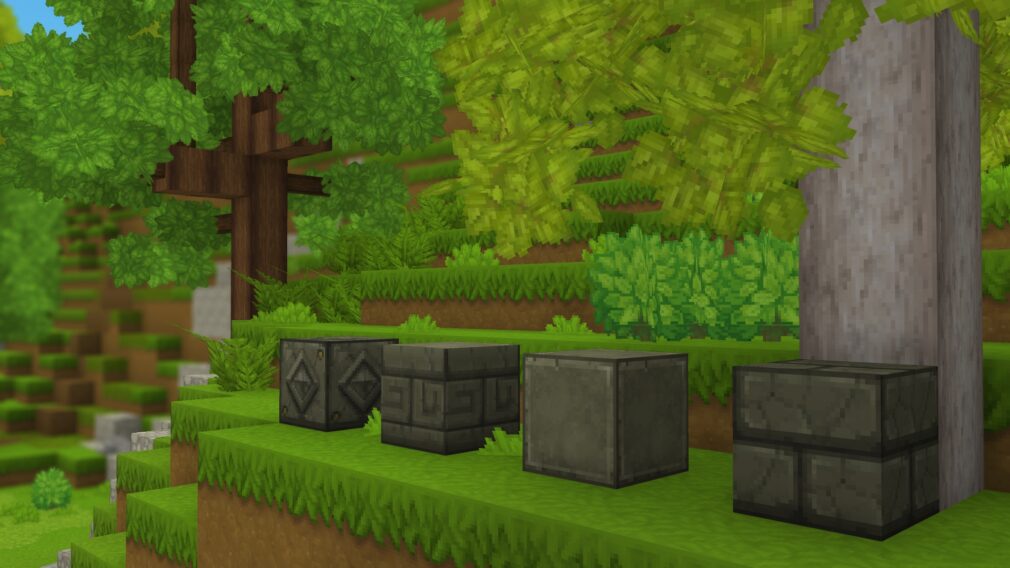 The blocks category displays all default blocks that does not have any additional characteristics.

Everything the player sees, touches, breaks, places, etc. is a block. Blocks are what build the game and what the player uses to build their creations.

These are the common blocks throughout the Hytale game, which form the world. Most blocks listed below will become part of a crafting recipe.

These blocks have capabilities to emit some type of light source.

Liquid blocks are those which are allowed to freely flow throughout the world and are not considered a solid block . Players can interact with liquid blocks by swimming. The player can also take damage depending on why type of liquid they are interacting with.

These types of blocks help the player craft, build and create craftable items in Hytale.

Some solid blocks require to be smelted to take them out of their ore state. Once smelted, the smelted ore can be used to create other craftable items in the game such as tools.

Much like the previous two block types. These blocks are used to craft Armor, weapons and possibly other items.

These blocks allow the player to cook food. Eating food will affect the player, mostly restoring health / hunger. These blocks can possibly be used for other tasks.

The players inventory can get full quite fast. To prevent the overflow of items, the player can use storages to sort / store items in game to free up space into their personal inventory.

These blocks refer to any other block that does not service a purpose but to be a mere decoration in the game.

Plants are a type of matter that can be naturally found throughout the world of Hytale.

This page is part of the Blocks Index. Click here to return to the main Wiki Index