A closer look at the Hytale Model Maker 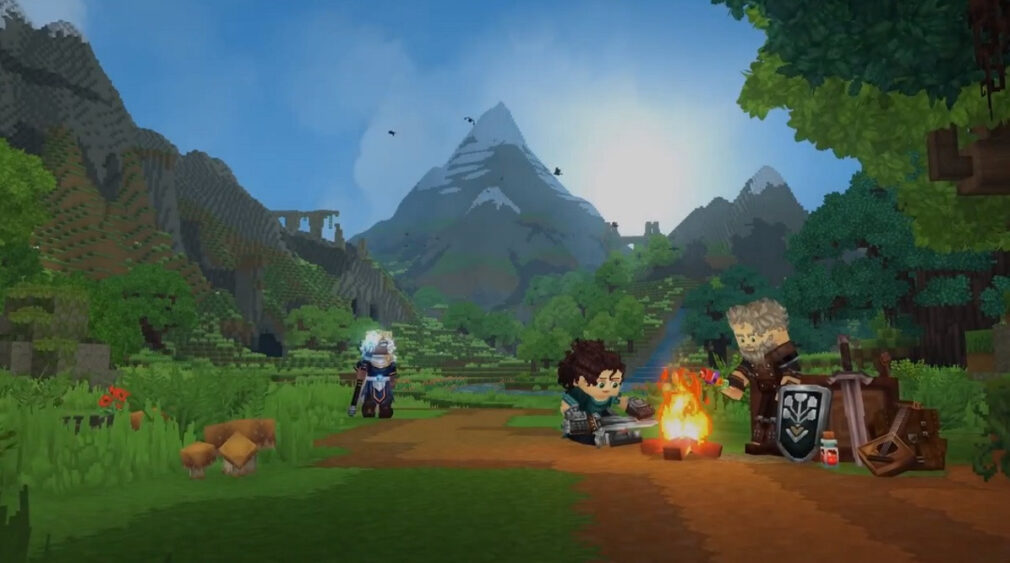 Hytale Model Maker gives content creators the power to create new game assets without having to go and learn high-end 3D software. It was important to us to provide tools that were powerful but presented a low barrier to entry. If you decide that you want to start making things for Hytale, we plan to provide you with everything you need in order to do so. From model creation to texturing and animation, it’s all presented on one screen.

Users are able to quickly access and edit existing Hytale assets or build their own creations from scratch. When that’s done, the export process is easy and allows you to immediately see your work reflected in the game. “What you build will fit right into the game” Élisée says. “It’s not like we’re working with an external 3D building tool and we have lots of constraints on what can be imported and exported. We just provide exactly what you need.”

BUILDING WITH CUBOIDS AND PLANES

“It’s really easy to get started with because it’s only boxes, basically” Élisée says. “You only need to be able to create some boxes and resize them.”

Every creature, character and item that you can see in our screenshots and trailers has been created using boxes and planes. To demonstrate, here’s a timelapse of artist Thomas ‘Xael’ Frick creating a new sword:

In this video, Xael uses Hytale Model Maker’s painting tool to quickly texture the model, followed by using Photoshop to fill in the finer details. HMM allows you to paint on to your models directly, but you’ll have the option to import texture work from other art tools if you require.

Once you’ve created and textured the model, a static object like a sword is ready to export into Hytale straight away. Creatures require a little more work to bring them to life, and that’s where Hytale Model Maker’s animation suite comes in.

Characters in Hytale are modular, and Hytale Model Maker lets you quickly preview how a model or animation might look with different attachments applied. Let’s take another look at our zombie – this time, we’re going to apply several attachments to show how quickly and easily we can preview the model with different gear or even a fancy new haircut.

You might remember this concept of ‘modularity’ from our article about NPCs back on announcement day. Hytale Model Maker’s ability to quickly switch up character elements allows us to experiment with lots of new NPC variants – and it’ll allow Hytale’s modders to do the same!

Every aspect of Hytale Model Maker is collaborative – imagine Google Docs, but for game asset creation. That means that one modder can be working on a new model while another person textures it and another starts on animation – all in real time. Teams of modders can create a shared central repository of assets for their project and invite new creators to join.

“It’s nice to have a shared workspace, because you’re always working with the latest version of everything” says Élisée. “When you’ve got some questions or you want to check something out with a different artist, you can just tell them to load up a model and they can preview your work or even change it.”

In this clip, Xael and Élisée are working on the same creature simultaneously – a corgi! As Élisée adjusts an animation, Xael paints the corgi’s eyes and nose. Note how Xael’s alterations appear automatically in Élisée’s view, even as he works on a completely different aspect of the creature.

Hytale Model Maker’s collaboration features make it easy for experienced content creators to share their expertise with newcomers, too – we’re excited about its potential as a teaching tool that will help new game developers to gain confidence by working together. “I fell in love with making games because we created a group of five or ten people and did a bunch of game jams together” says Bilou. “I really hope we can have some great Hytale game jams someday.”

“I love the idea of creating together” says Élisée. “I always compare programming and game-making to being a wizard – you’re making magic out of a computer by typing and drawing stuff. I want everybody to have that chance, and I guess with Hytale we have a chance of actually realizing that vision.”

Hytale Model Maker will launch alongside Hytale and be available as both a downloadable app and through your web browser: and what’s more, it’ll be completely free.