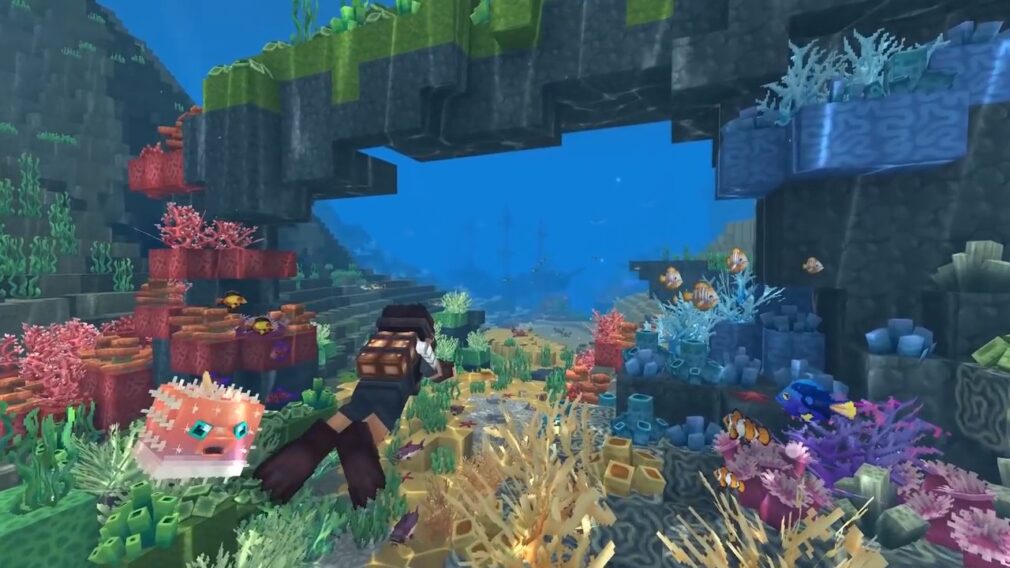 A clownfish is an aquatic animal mob that may appear in game when Hytale is released. So far, there has been little information revealed about this particular species of Fish.

Clownfish were briefly shown in the Hytale announcement trailer, and appear to live in the ocean of Orbis, near coral reefs. In the trailer, a clownfish appears next to a Regal Tang (a reference to the Disney Pixar movie “Finding Nemo”).