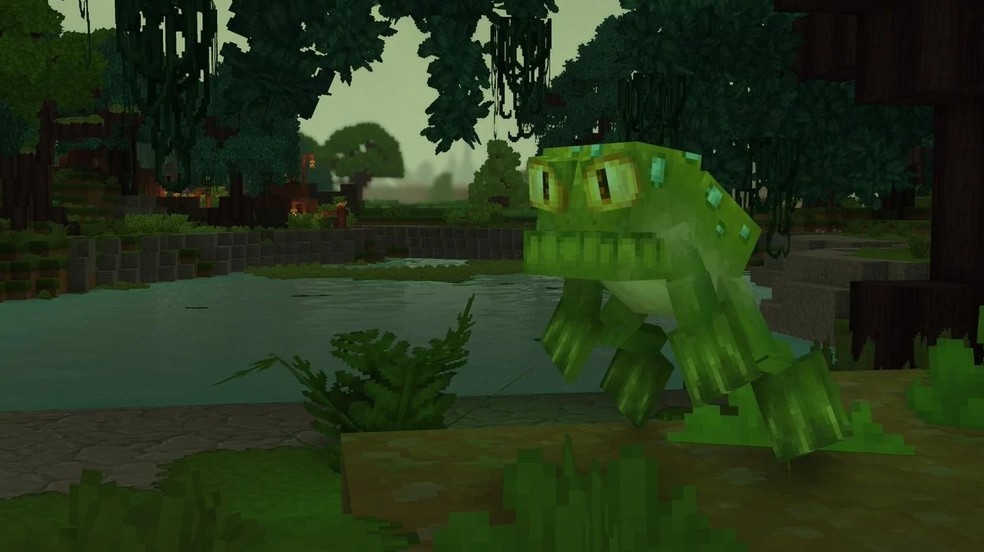 Frogs are one of the possible mobs that may appear in Hytale’s release. Frogs are said to be harmless creatures that are found near the rivers of Zone 1. There are multiple versions of frogs: the lime green version, found in swamps, as well as an orange version which can be briefly spotted in the announcement trailer.