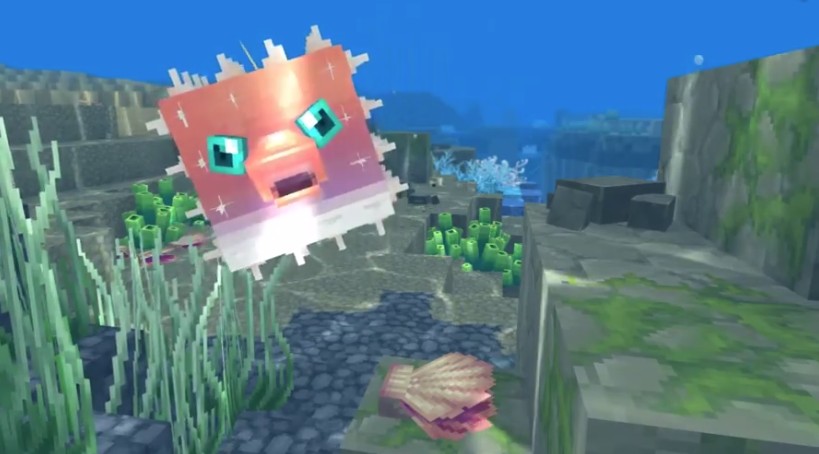 A Pufferfish is an aquatic animal mob that may appear in-game when Hytale is released.

Like many other Fish species, pufferfish spawn in the ocean. If a player gets too close to a pufferfish, it will expand into a spiky ball that may cause damage. This is the only known “Neutral (Defensive)” mob in the game.