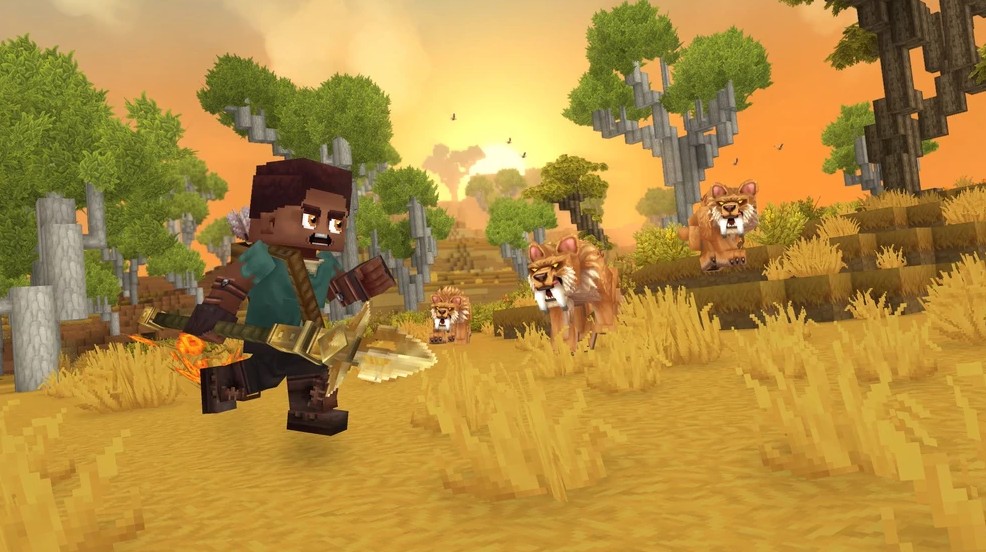 The Saber-Toothed Tiger is a mob that may appear in Hytale’s release. Saber toothed tigers appear to be hostile mobs that roam the coastal areas of the Howling Sands.

Saber toothed tigers hunt in packs. After finding prey, they sneak through the undergrowth until they are close enough to leap out and attack the unsuspecting creature. Saber-toothed tigers have been known to hunt Antelopes, and have also been shown to attack players.