A Visual tour of Zone 3 in Hytale 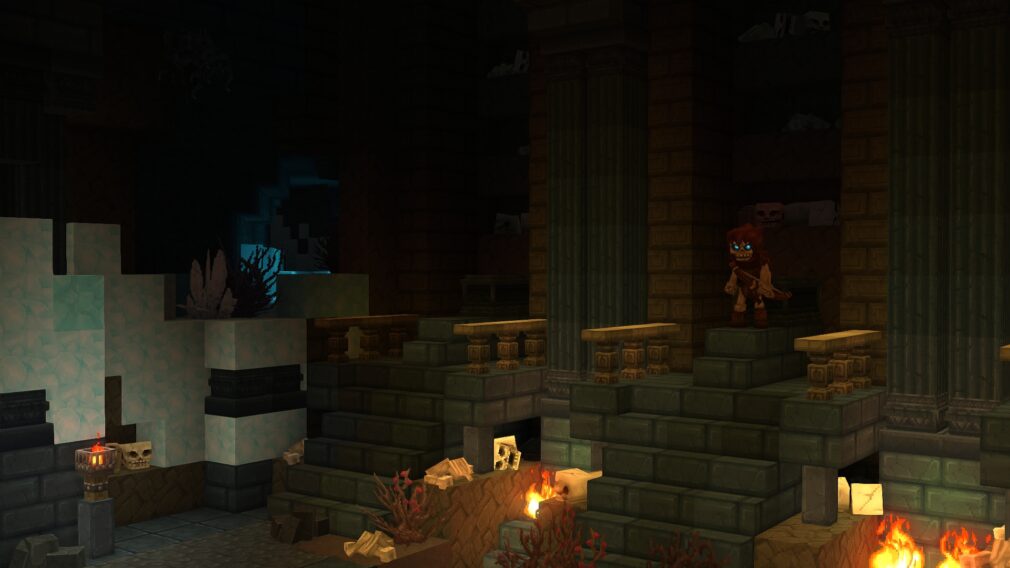 Last week, we closed out our presentation about the history of Hytale at EGX Rezzed with a closer look at zone 3. If you didn’t catch it at the time, here it is!

As detailed in our introduction to worldgen back in January, each of Hytale’s zones is procedurally generated using its own rules for topography and underground geography. Zones are comprised of multiple biomes and we’re creating unique sets of prefabs for each – taken together, this allows us to create expansive landscapes that have a distinctive visual identity and atmosphere.

At launch, each zone will have a name – you may have caught a glimpse of a few of them in some of the materials that we’ve put out already. These names aren’t final, which is why we’ve been referring to zones by their numbers over the last couple of months. We’ll let you know when the finalized names are ready to be revealed – and bear in mind that, as ever, all of the screenshots and video clips below depict work in progress content and aren’t representative of the final game!

Zone 3 is a wintry region comprised of forested valleys, tall mountains, and deep caves. Each zone has an affinity with a particular aspect of elemental magic, and in zone 3’s case that means water in all its forms – from winding rivers to snow-capped peaks and icy glaciers.

The wildlife you’ll encounter in zone 3 differs from that which you’ll find elsewhere. This shot shows a bird variant – a woodpecker – with more to encounter as you explore, from wolves to polar bears and rams.

Here’s a ram – in this case, just minding its own business. Last time you saw one of these, it was being ridden into battle!

Dig through the snow and ice and you’ll find winding cave systems illuminated by bioluminescent mushrooms.

Mine entrance prefabs like this one are found throughout the world. This example from zone 3 is bigger than most, and provides access to pre-existing underground structures – handy if you don’t fancy digging a tunnel the hard way!

Dig through the snow and ice and you’ll find winding cave systems illuminated by bioluminescent mushrooms.

Mine entrance prefabs like this one are found throughout the world. This example from zone 3 is bigger than most, and provides access to pre-existing underground structures – handy if you don’t fancy digging a tunnel the hard way!

This is an example of how multiple mine shaft prefabs can be dynamically combined to create unique underground environments. “It spawns multiple prefabs that flow effortlessly because each prefab ‘node’ ends in a staircase or ladder” explains world team developer Baxter. “The next prefab will continue that staircase or ladder. Making it have that rad flow was the most important thing for me to get right.”

This same process is used to generate dungeons. In this example, you can see the rock and snow of a procedurally generated cave leading out into a prefab dungeon encounter – including a skeletal defender!

Back on the surface, time of day and weather changes dramatically alter how the landscape feels. Here, the setting sun introduces a burst of orange and pink to zone 3’s palette of cool blues, greys and browns.

Rendering and lighting effects are enormously useful for creating atmosphere. Zone 3 is an area of natural beauty that played host to some of the darkest moments in Orbis’ history – there’s a somber sense to the region, even when you’re surrounded by nature.

Central to that history are the Outlanders who call zone 3 their home. We’ll be revealing more about this breakaway human faction in the future, but in the meantime here’s another example of how Hytale’s prefab system generates camps and forts based on designs laid out by our concept artists.

Outlander camps are imposing and bristle with defensive features like high walls and watchtowers. But who are they attempting to keep at bay? You’ll have a chance to uncover the answer for yourself as you explore.

Sturdy thatched buildings and communal firepits provide a different perspective on life in zone 3. It’s not all ice and danger, out here in the wild!

Then again, sometimes it is.