Hytale 2022 everything we know so far 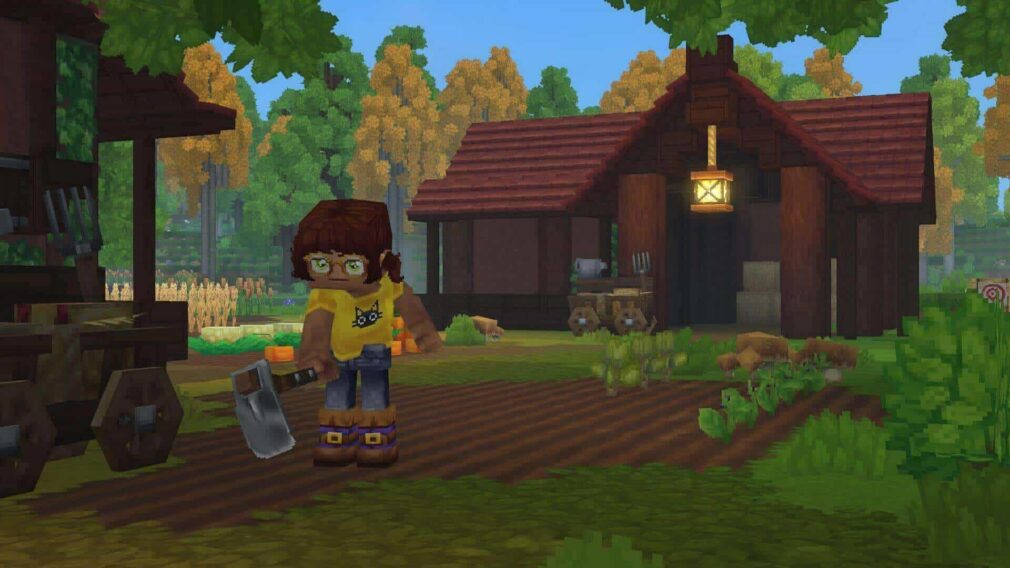 Hytale is exciting for a number of reasons. We’ll dive into the specifics of that claim below, but at first glance, know that it’s based on the Hypixel servers found in Minecraft – the home of a host of free-to-play Minecraft mini-games – while striving for single-player focus. Hytale is also being developed by Hypixel Studios, who, in 2020, was acquired by League of Legends mastermind, Riot Games. It looks gorgeous, and we can’t wait to see more. To this end, here’s everything we know about Hytale, a game which has been in development now for over seven years.

Developer Hypixel Studios is famous for creating the Hypixel Minecraft servers. If you’re unfamiliar, the Hypixel servers offer a series of popular mini-games like SkyWars and Crazy Walls and showcase adventure maps. They’re an incredibly popular force within the Minecraft community and broke many server milestones, earning the studio Guinness World Records for concurrent players in one instance as well as many other awards.

It’s still extremely popular even today, and out of a desire for control over their runaway success, the studio decided to embark on its own venture, built from the ground up by a team of developers based all over the world. This was in response to EULA measures introduced into Minecraft in the middle of the decade which came down hard on server monetization and harmed Hypixel’s booming economy.

Since starting working on the project which is built within the studio’s own engine, Hytale has received funding from Riot Games and a set of games industry veterans.

Hytale has been in development since 2015 but the team behind the game recently gave a brutally honest update on the current lack of release date.

“We don’t currently have a launch plan for Hytale. When we do, and we’re confident in it, we’ll tell you – and we’ll be as specific as we possibly can be,” it said in a blog post in December 2020.

“We know that there’s a tendency to make predictions about possible release dates based on all sorts of signs and symbols, from job listings to our accounts getting verified on Twitter. For the avoidance of doubt: there aren’t any hidden messages.”

According to Hytale’s website, there will be a series of “handcrafted adventure scenarios” available at launch, including scenes like “a mage’s tower overrun with monsters,” underground cave exploration, and gigantic boss battles. Hytale claims that “no two adventures will be the same,” suggesting that the procedural nature of the game will allow for much replayability.

Hytale is fully playable in co-op and encourages players to forge their own story, settling into the world in a series of roles depending on your disposition. Warriors, crafters, and explorers are very welcome and will complement each other in a party. Hytale will also offer collectible gear which can be picked up by wiping out the unique creatures lording over the game’s many zones. You’ll also be able to create custom characters, grow crops, raise pets, tame mounts, and build vehicles.

You can catch the first glimpse of Hytale’s gameplay at the bottom of this blog post on the official website. The combat in Hytale is considerably more developed than Minecraft, somewhat evocative of Skyrim’s charged and quick attacks. Magic also appears to feature in the game, as well as functional quests. An Edge Magazine preview revealed that the designers want to revolutionize the PvP they had been working on with Minecraft. “We want to take the onus off the ‘spam clicking’ sort of behavior, and give us a little more depth,” content lead Sean McCafferty explains. The same article revealed a few other Hytale features such as treasure maps, bounty quests, and the fact that there are a number of different weapon families, from war hammers to longswords.

Given that it was developed by creators, Hytale will boast a number of features designed to help creators use the game to develop supplementary content. This includes a range of cinematic tools for working on Hytale Machinima, with scope for custom animations and keyframe control. The game will also ship with in-game scripting mechanics, a browser-based 3D modeling software kit, and all of the necessary tools Hypixel has been using to make the game so that players can experiment.

You can check out the announcement trailer for Hytale above, which sheds some light on the game’s universe and art style. The trailer showcases a host of critters including adorable puppies and cats as well as a glimpse into the different play styles you can engage with, from solo exploration to crafting and hunting across what looks to be a diverse set of biomes.

The boss battles function like… well…proper boss battles and the underwater exploration looks gorgeous, a far cry from Minecraft’s murky depths. The in-game tomb raiding appears to be more linear and focused than Minecraft’s super procedural offering too. One blink and you miss it moment shows off a Theater where players can come together and watch online videos with their friends dressed up as their Hytale avatars – a nice touch!