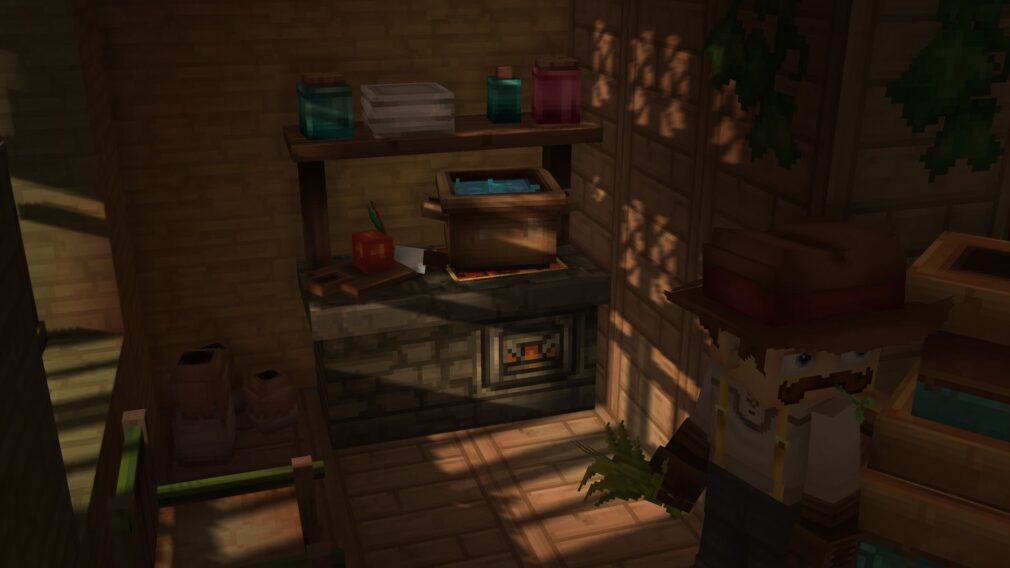 Hytale is an upcoming sandbox fantasy role-playing game being developed by Hypixel Studios. The game’s beta is set to begin in 2021.

Hytale features a procedurally-generated fantasy world composed of blocks of numerous shapes arranged in a three-dimensional grid. The world features different randomly generated biomes, creatures, and dungeons. Players can participate in minigames similar to those found on the Hypixel server, such as SkyWars and BedWars. Players will be able to build and share mods and custom content using a set of browser-based and in-game tools, including an in-game model editor called the Hytale Model Maker. Hytale can be played in first-person and third-person views.

Hytale will feature an adventure mode that includes procedurally-generated zones, made up of many biomes and including different encounters. This mode will feature RPG-styled combat for single-player and multiplayer and include dynamic boss encounters and dungeon exploration. Players can find overgrown towers and fight large bosses. Hytale contains many creatures, including animals, monsters, and factions. Each zone contains different types of creatures, with some guarding the powerful gear.

Many popular minigames from the Hypixel server will make their way into Hytale. It also will feature a character customizer that includes thousands of cosmetic items. Hytale will support large community-run servers, and players can fight using a combat system built for multiplayer.

Hytale will feature block-based construction in both single-player and multiplayer which includes many different world editing tools. It will feature a Java scripting system which allows players to create and execute code in-game, and in-game cinematic tools for video creators. It will also feature the Hytale Model Maker which is a 3D modeling, texturing, and animation toolkit running on HTML where players can create custom assets and import them into the game itself.

Hytale started development around April 2015. From December 2013 to July 2014, “Early access testing to our future video game” was offered alongside purchases of the MVP+ rank on the Hypixel server. Hypixel’s plans to create an independent game were accelerated after Mojang’s changed the EULA of Minecraft in June 2014 to prevent servers from selling items that affected gameplay, which lead to an 85% drop in Hypixel’s revenue. This incident reminded them that they were not in complete control of their project, and wanted to develop their own game using a custom engine that can suit the needs of the developers. Hypixel was also limited by Minecraft in how creative minigames could be; for instance, the Turbo Kart Racers minigame could not zoom out the camera enough leading to players getting confused as to what was occurring. The team initially wanted to avoid making a block game similar to Minecraft but did so in the end because it was what they had experience developing for.

Hypixel Studios approached Riot Games in 2016 who agreed to become an investor for Hytale. Hypixel Inc. filed a trademark for “Hytale” on 29 July 2016. Noxy made a post on the Hypixel Forums on 28 December 2016 explaining how development was going and listing developers of the game, as well as stating that the game had a budget of US$3.6 million. The game was officially announced to the public on 10 December 2018 in the form of a countdown on the Hytale website; when the countdown concluded, the first four blog posts, as well as the game’s trailer, were released. Since the game was announced, regular blog posts have been released explaining different aspects of the game.

Hytale is set to release by 2021, exiting its Alpha phase and entering Beta. Even after the game is released, Hytale will continue to receive further updates containing new features.

What is Hytale available on?

Hytale will launch for PC and Mac, with the capacity to run game servers on Linux. We’ll explore the possibility of releasing the game on other platforms during development, but for now, our focus is on PC and Mac.13 Dec 2018

The trailer for Hytale was released on 13 December 2018, and amassed over 30 million views within a month, with over 57 million views as of December 2020. After the release of the trailer, articles have been posted to the Hytale blog explaining different aspects of the game.

This page is part of the Hytale Wiki Index. Click here to return to the main Wiki Index