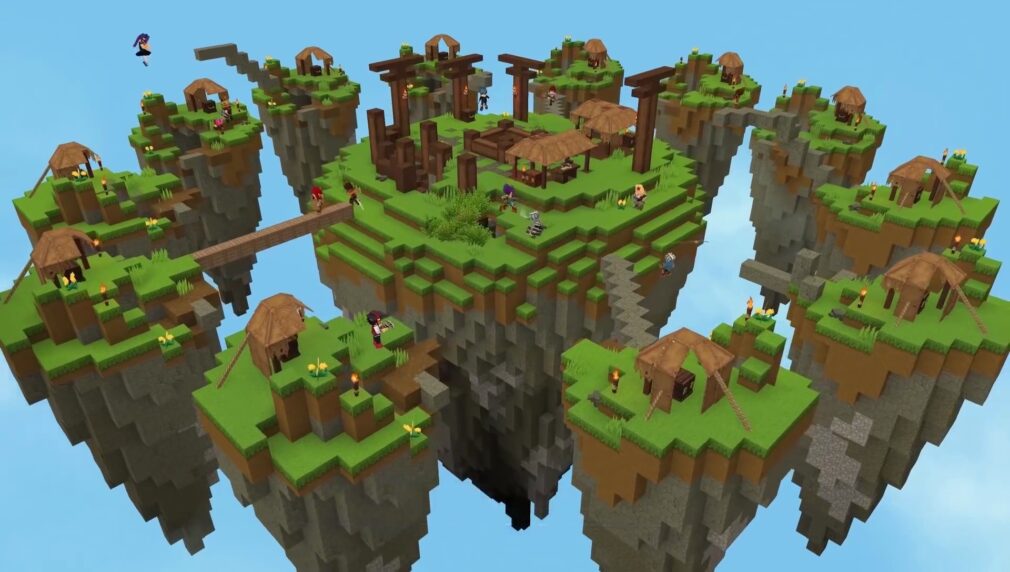 SkyWars is a multiplayer PvP minigame originally from the Hypixel server where players start off on separate islands and battle to be the last player standing.

There are usually around 12 teams of a set amount of players that spawn on islands floating in the “sky” (the void). There are two or three chests full of loot on each spawning island and there is usually a large center island with more chests containing better loot. These chests contain weapons, armor, projectiles, food, and blocks. There is sometimes a “deathmatch” mode where after a certain amount of time the map slowly starts to disintegrate or is destroyed in some other way and the remaining players then have to both fight the other players and survive on a dying map.

Originally added on 14 June 2015, SkyWars has remained one of the most popular minigames on the Hypixel server. From its inception to its initial release, SkyWars was only developed for nine days.

Hypixel SkyWars has five main modes: solo, doubles, mega, ranked, and laboratory. Solo and doubles have 12 teams of one or two players and have two sub-modes, normal and insane. The insane mode features better weapons and armor than the normal mode. Mega a lot of players and ranked matches up four players of similar skill levels and laboratory has revolving challenges.