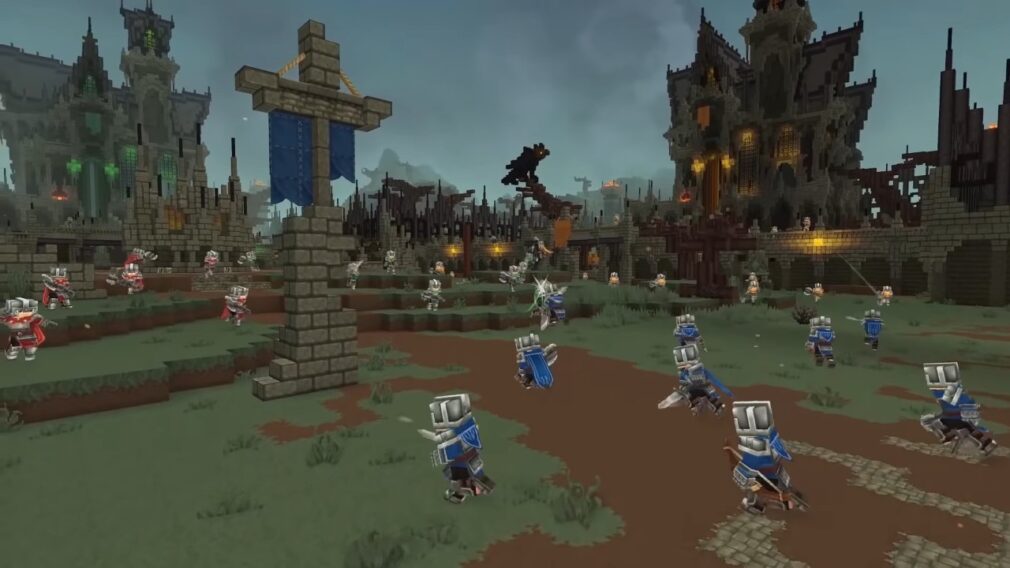 The Walls is a multiplayer PvP minigame from the Hypixel server where four teams collect resources and then fight to the death.

Four teams spawn in separate areas of the map, with a no-man’s-land in the middle, and each team in a segment off to one side. Each team has a different color – red, green, yellow, and blue – and each player wears clothing representing their team color. After a set amount of time for preparation, where players can gather resources to create weapons and armor, the walls will drop, and players will be let into both the central area and other teams’ areas and fight to the death. The last team remaining wins the match.