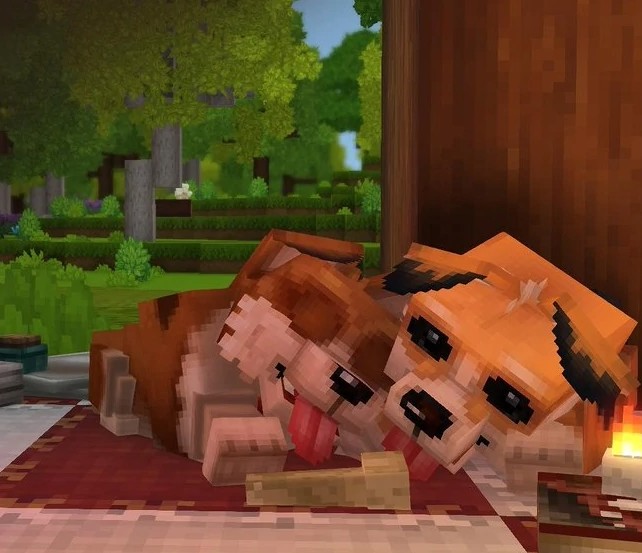 A dog is an animal mob that will appear in Hytale when it is released.

Dogs are most likely passive or neutral mobs that can be tamed by players. It is possible that wild dogs may be neutral towards other mobs, including players, while domesticated dogs will likely be passive towards players, but defensive against any mob or enemy which attacks their owner. However, nothing concerning a dog’s behavior has been confirmed.

There are currently four dog breeds that have appeared in Hytale promotional images. They resemble real-world Corgi, Beagle, and Shiba Inu dog breeds. There has also been an additional, unknown dog breed spotted.

It is confirmed that players can pet dogs in Hytale. Players may also be able to dress dogs in clothing, as suggested by the red garment seen in the image.