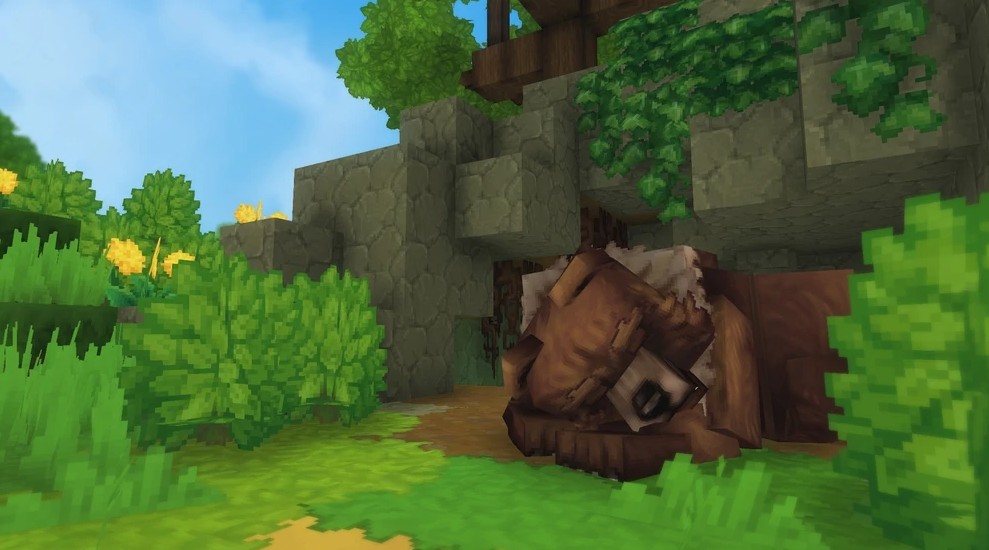 Grizzly bears are not hostile, but may defend themselves if a player gets too close, or attacks them first.

Bears enjoying sleeping in shallow caves at various times. If a bear escapes a fight injured, it will find a cave to sleep in. If a player wakes a bear from its slumber, it will attack.