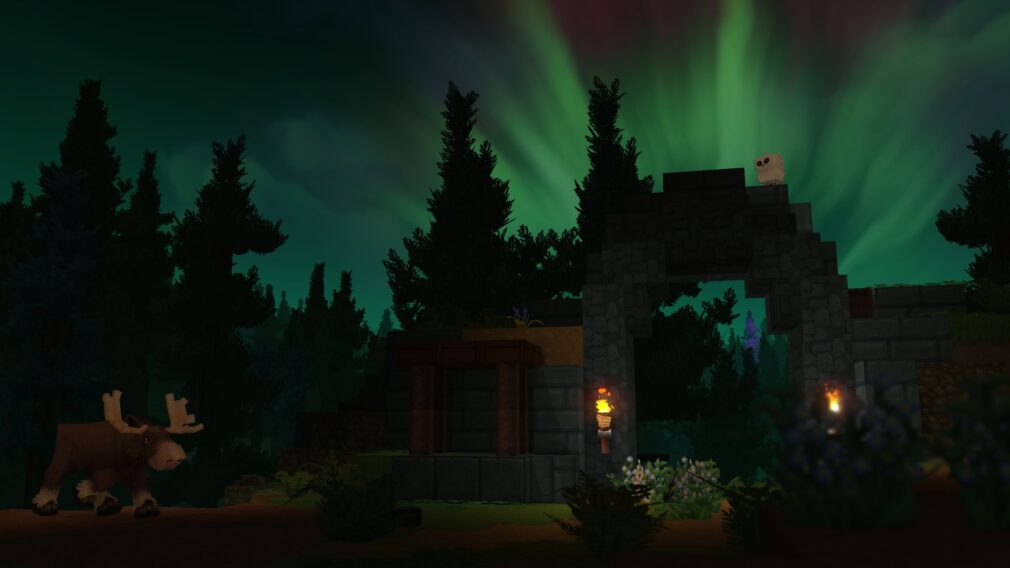 The Day/Night Cycle is the mechanic that involves the two Celestial Bodies, the Sun and Moon. It governs the natural light progression, with the world being bright, visible, and active during the Day and significantly darker during the Night. It is also suspected that certain Mobs have spawning requirements based on the light level or time of day/night. With more monsters appearing during the night, and animals during the day.

Much like in real life, it is assumed that the Sun and the Moonrise in the East and set in the West. Allowing for players to determine rudimentary navigation.

As mentioned in the Hytale Graphics update Blog Post, the use of a Cascading Shadow map allows for the addition of real-time shadows based on the Sun’s position.

The Sun, is the only star present within the system that Orbis resides. It can be assumed that it mirrors our own sun in it’s appearance and properties.