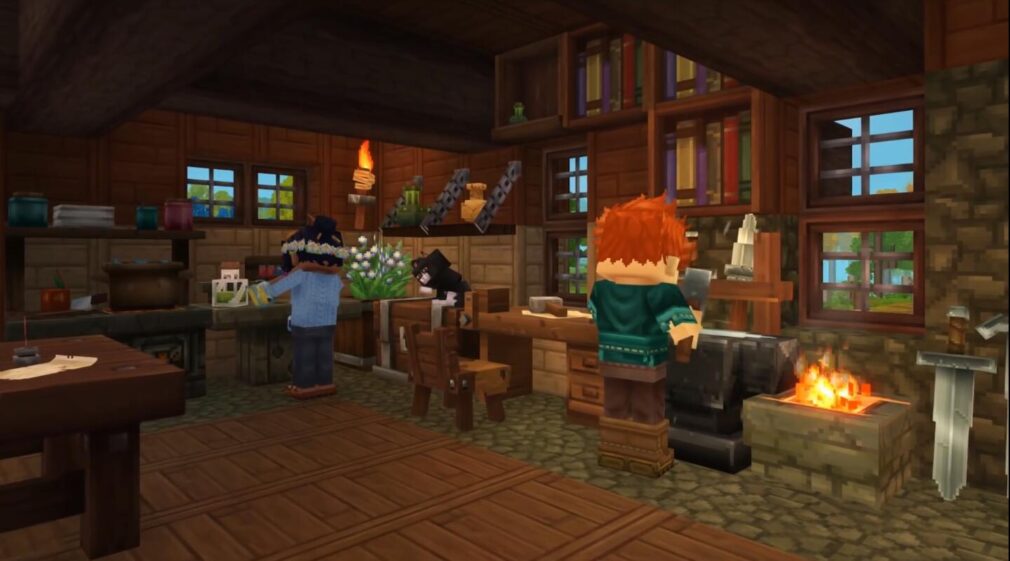 Mechanics refer to any action, or a system of actions, which follow their own unique set of rules. These actions govern how parts of the game work and effect the overall game.

These actions can be applied in specific situations. Many mechanics are present in Hytale. These make up some of the core of the gameplay. The Players Wellbeing, Crafting, Cooking, Objectives and NPC behaviors are good examples of this.

Health is the representation of how much damage the player can withstand before dying, it is displayed by the long red Bar at the top of the Hotbar. The lower the gauge is, the closer the player is to death. The player’s Health starts at a default of 100 ♥ (Health). The player naturally regenerates health over time, however, multiple other sources can provide Health at a quicker rate, these including Healing Potions or Restoring the player’s Hunger to full through Food. Alternatively, Equipping Armor can reduce the amount of damage taken.

Hunger is, much as it name suggests how famished your character is. However not much is known about this mechanic, The Hunger Bar can be restored by consuming Food.

Mana is a blue gauge located on the left side of the player’s Hotbar. While this bar has no direct connection to the player’s overall wellbeing, it is used with Magical Weapons allowing the player to use them. Each Magical weapon requires a different amount of Mana to function, and it can be assumed that the better the weapon, the more mana required to use it. If the player’s Mana gauge is reduced to the centre, then the player can no longer use magical weapons until it is restored. It is suspected, that like Health regeneration, Mana can regenerate slowly over a period of time. However, there are more Immediate solutions, including Mana Potions which restores a certain amount of mana.

Controls refer to the Keys that used to perform actions, Not much is known about how the Player can be controlled in Hytale.

Crafting is one of the central mechanics that is found in Hytale, Specifically, it allows the player to progress through tiers of progressively better and more effective Weapons, Armor, and Equipment. Crafting can also be used to create certain Blocks that would not be commonly found out around the world.

Cooking is a mechanic in the game that it aids the quality or even allow the preparation of certain Food. You can cook at some designated Blocks, such as a Cooking Bench that allows this process to occur. So far, not much else is known about this process.

Maps are a feature (activated through the Keybind M), which allows the Player to see a top-down Pixilated version of the sounding area. Allowing the player to easily navigate the surface and recall important (or marked) locations

These maps have such features as:

Hytale Features an objective system, these objectives can be received by entering certain locations or gaining items such as a Treasure Map or a Bounty Note. Some objectives are a series of connected events while others are just single events.