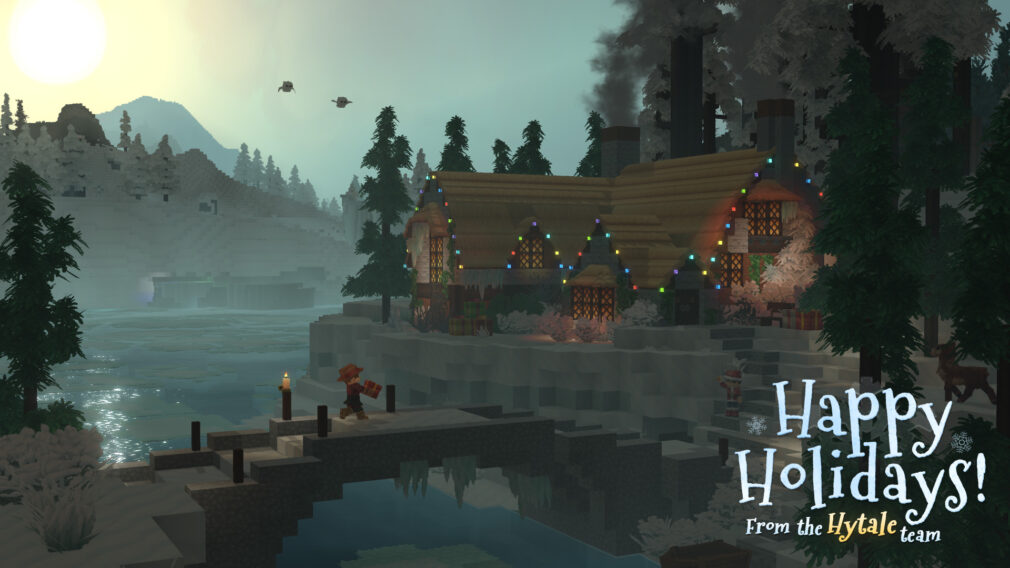 The Hytale Team has released the weekly postcard showing a new screenshot from the game. This week they also added an animated version of the postcard with the track Snowday taken from the Hytale OST this is also available on the Hytale YouTube channel.

In related news on a release date, Hytale Studios did clarify saying, “we don’t currently have a launch plan for Hytale.” This is likely in response to a variety of rumors claiming that Hytale‘s release window would be confirmed soon.

You can find the animated version below.