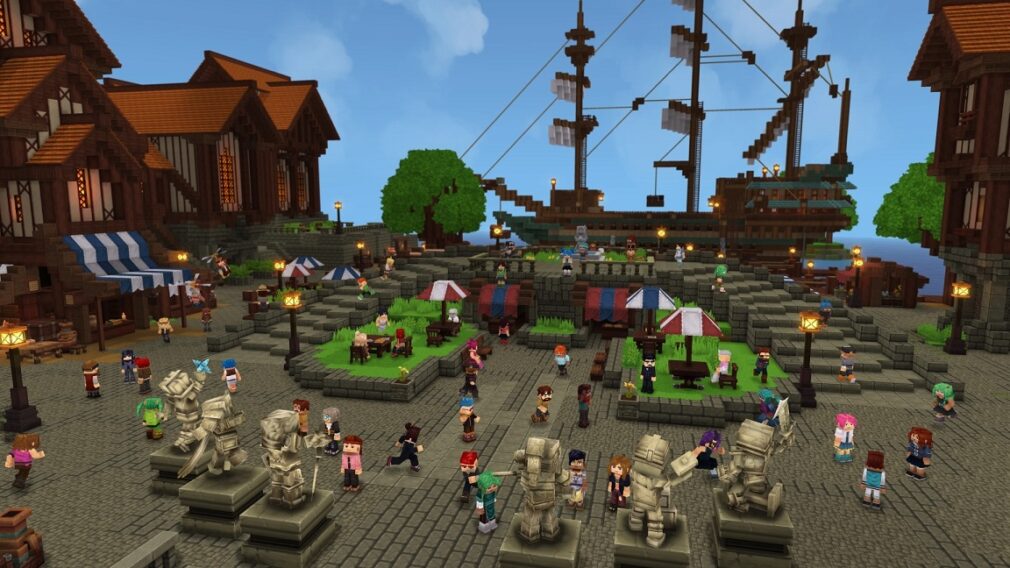 With aid and investment from League Of Legends studio Riot, Hypixel Studios – the folks behind the massive Hypixel Minecraft server – have just announced Hytale, their secret project of the past three years. Unsurprisingly, it’s a block-building sandbox, but with a bit more of an RPG focus as its core module. Building on what Hypixel liked so much with Minecraft, Hytale will support community servers, official and unofficial mini-games, and support full modding with an integrated toolkit – good stuff, and they’re taking beta sign-ups now.  See the announcement trailer below.

While I admit that I’ve only dabbled with Minecraft on and off for the past few years, some of the stuff in the trailer looks nice. The combat seems more weighty and interesting-looking, and the big yeti-like monster that ripped a multi-block chunk out of the ground to use as a projectile suggests smoother interactions between creatures and world geometry. It’s unquestionably a Mineccraftbut, and in this case it’s Minecraft but more. It’s also a good sign that Riot are backing this. Other, smaller studios have tried and failed, but they don’t have mega-buck investment.

For me, the most interesting part is its moddability. In the trailer alone they show the game reworked into a top-down shooter, along with built-in animation, scripting and film-making tools. All that stuff has enormous potential, especially the promise of live scripting, letting you poke and prod at the code-guts of creatures and objects without quitting out of your creator’s sandbox. While obviously stylised for the trailer – the game is still some ways off yet – it’s exciting just to see it featured up front so early. They’re selling this as both a game and as a foundation for user-made ones.

For those sticking with Minecraft, Hypixel Studios are keen to reassure that their mega-server will continue to be actively supported by Hypixel Inc, while Hypixel Studios (their new company branch) works on Hytale. For those worried whether they won’t be able to run the new game either, they also state that Hytale is designed to play nice with low-end laptops with integrated graphics, so long as you don’t mind lowering settings and capping your view distance.