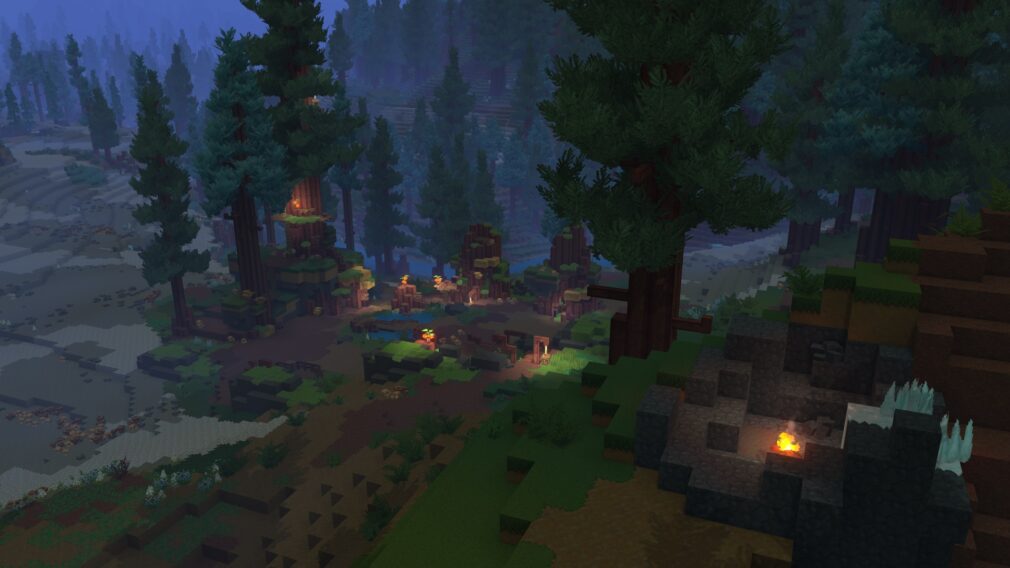 Hypixel Studios notably spoke about its new premises , which are located in Ireland, and more precisely in Derry-Londonderry, which will be used mainly for the administrative aspect, since most of the developers work from their own home. In addition to these few lines on these new offices, it is especially the shared images that interest future players . We thus find some screenshots from the Orbis region , revealing some new features.

Among these images, we can discover the Kweebecs people, hardy people not afraid of humidity and living in swamps. Swamps that will not be populated only by Kweebecs, since the Mosshorns also seem to have established their camp in this seemingly hostile environment.

Not far from the swamps, players can discover the dreaded Ghost Forest, which is home to some awkward creatures, whose landscape is marked by past catastrophes.

A few more “calm” images have also been published, showing a boreal valley in which we can find a “  well-maintained sanctuary ”, in which the trees offer certain shelter.