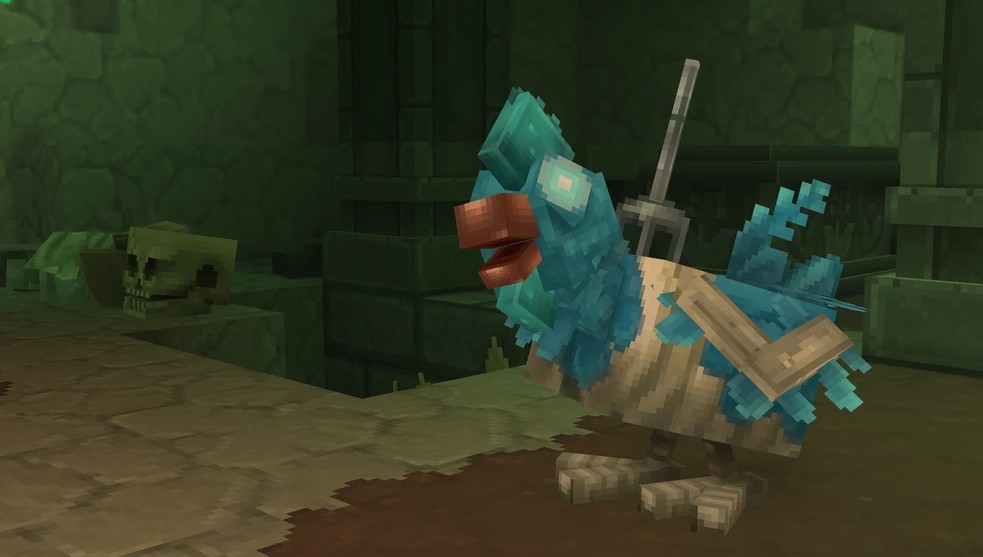 The Undead Chicken is a Dead variant of the tamable Chicken.

The differences between the Undead Chicken and the living variant are noticeable, the Undead version’s Bones can be seen all though both is body, partially its wings and its feet, the only remaining section of feathers is on its wings, tail, neck and head, but those have seemed to have degraded with time. Its eyes also have the signature Undead Blue Glow. This creature also has a metal fork sticking out of its back. Not much else is known about this mob.