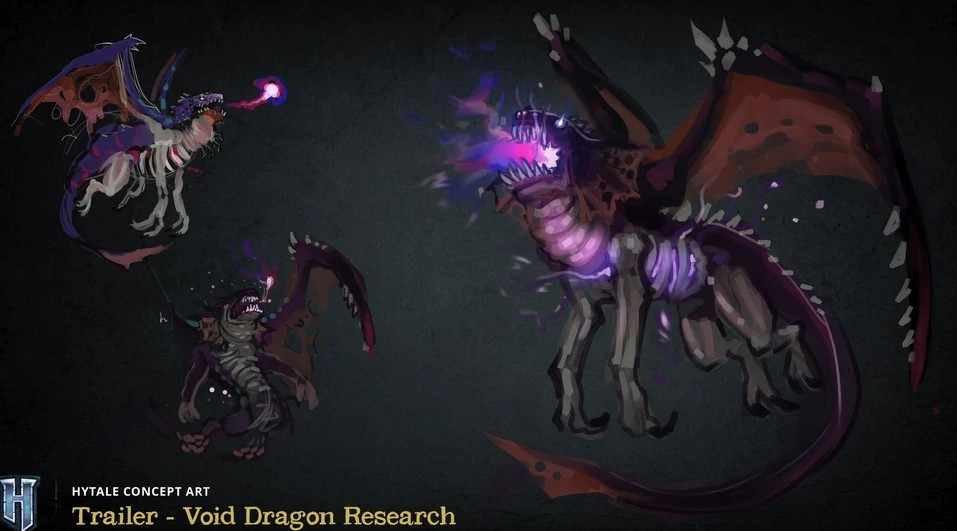 The Void Dragon is a hostile void mob that was first shown at the very end of the Hytale announcement trailer. It is likely some sort of powerful boss mob for the Player to take on.

The Void Dragon has a very undead-like appearance, with a skeletal rib cage and decaying scales. The wings of the dragon are ripped and tattered, though it seems to still be able to fly, as seen in concept art. The purple glow protruding from the dragons mouth hints that it may be able to breath some sort of void fire, though this is unconfirmed.