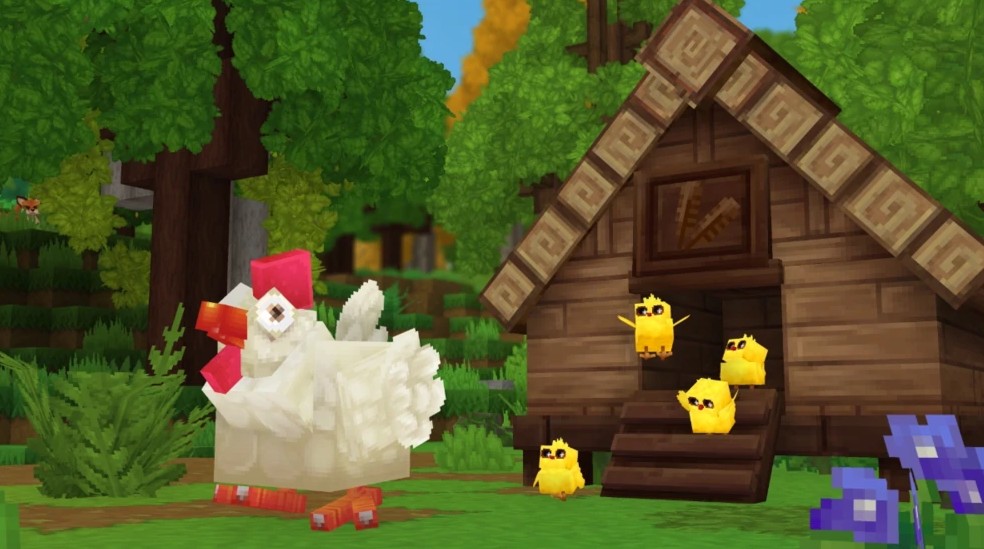 Chickens are one of the many predominantly peaceful Mobs in the Hytale planet of Orbis. They can be tamed by players and possibly NPCs and used as a resource (most likely for eggs or chicken meat). While they are mainly passive animals, they will attack a player, NPC, or other animal that attempts to provoke them or their young.

While chickens will generally ignore players, a player can domesticate chickens and allow them to live near them by building shelter and protection for the chickens. Chickens that have been bonded to a player are less likely to attack them if the player attempts to take their eggs.

Mother chickens will attack non-friendly players or NPCs if they stray too close to their eggs or chicks. Baby chicks will also stay close to and follow their mother around. It is probable that chickens, like all animals in Hytale, can reproduce (breed and lay eggs in the Chicken’s case) independently of player action and will have natural player-independent behaviors such as regular sleep schedules.

In the announcement trailer, numerous chickens (one adult, the mother, and many chicks) are seen around a hen-house shelter built by humans in the Emerald Grove, with green grass, flowers and many trees shown in the background. It is unknown whether chickens will live in other zones, or which specific biomes of the emerald grove they will be most likely to spawn in.