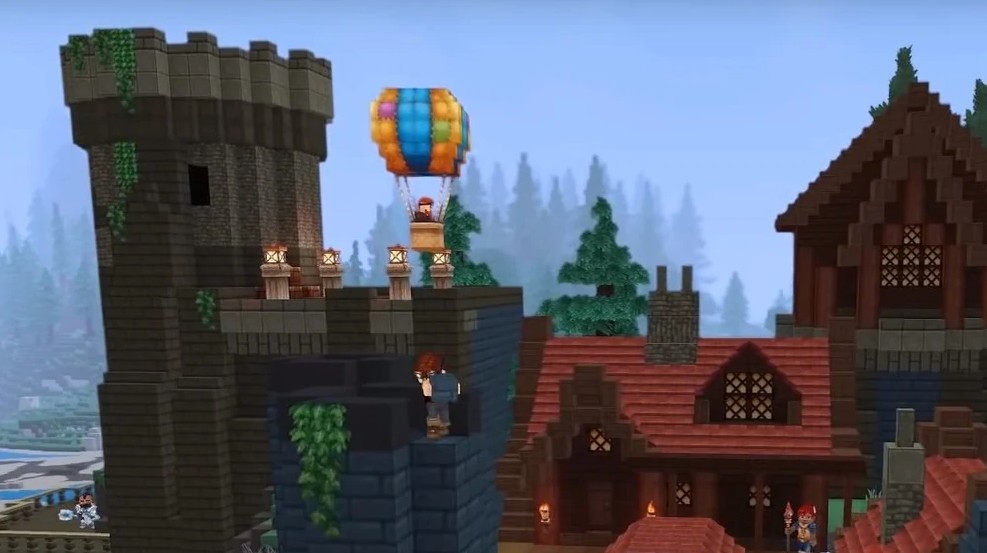 Movement can range from simply walking, to more sophisticated means. This includes the ability to move by increasing speed, giving the player or another entity the ability to fly, the ability to travel on or under water or other fluids, or even making it possible for the user to travel between the different planets of the Hytale alterverse. At the moment everything listed here may change when more details are revealed in the future.

Presumably, all players have the ability to walk when they spawn and until death, unless some factor (unknown to the public) such as a magical effect, inhibits them from doing so temporarily or permanently. The walking speed of a human in Hytale has not yet been calculated accurately and is subject to change as the game has not yet been released, and there may be other forms of walking that can increase speed (sprinting) or lower speed while increasing movement precision. In the opening scene of the Hytale announcement trailer, a character is seen walking very slowly while waving to other characters with a very casual feel, suggesting players and NPCs will also have this option of walking along with maybe a fast walk and a normal-speed walk.

Although it has not been officially confirmed that the name for this form of transportation will be “Minecarts”, it is heavily implied that is what it is, this means of transportation could offer much greater speed than the walking that can be seen in the trailer and gameplay snippets, but the disadvantage is that it most probably requires rails placed on the ground it is travelling on to function. This makes it very useful for long routes the player will use relatively frequently, such as the journey between two moderately to very distant cities, villages, or bases. As seen in the trailer, minecarts can “jump”. Given their size, it is suspected that the minecarts shown in the trailer can only hold one human or entity of similar size.

In Hytale, it is possible to mount on some non-hostile animals and ride them, greatly augmenting the rider’s movement speed. The announcement trailer depicts a scene where a player is riding a Ram into combat against a Hostile Yeti. Riding could give advantages to the user when in combat, especially against a large, low agility enemy like the one seen, where the riding combatant can make a quick escape after executing an attack before the enemy has the reaction time to retaliate. Indeed if an enemy is too powerful to fight and too fast to run away from on foot, the underpowered combatant can ride an animal to effectively flee from the enemy.

Mechanical Wings in Hytale consist of a set of two fabric wings attached to and moved by a mechanism strapped on the user’s back. These wings will most likely give the user the ability to have sustained, powered, heavier-than-air flight, or to glide in the air for long-distance while slowly descending. There are items that seem to be more specialized for this task such as Balloons or Back Propellers, suggesting that the main function for Mechanical Wings will be for flying over long distances, either while maintaining the desired altitude for as long as the user wants like an aeroplane, or while slowly descending like a glider.

It is currently unknown what the flight mechanics to this item will be, how the angle of attack will affect speed and rate of descent/climb, whether the in-game weight of the character using the item will affect flight parameters or whether it will require fuel to function, or if said fuel will be magical. This item will likely be crafted.

The Back Propeller is another back gear item that allows the user to fly, but vertical distances. This item will likely be crafted.

The Hot Air Balloon is a flying device that allows players to sit inside a wooden basket attached to a balloon which lifts them up above the ground and possibly allows them to travel horizontally as well. This item will likely be crafted.

There isn’t much known about the diving/swimming functions in Hytale.

We know that the player can wear swimming fins and a diving device including a diving mask and oxygen cylinders. Hypixel Studios has hinted that the player will have to “figure out” how to craft this apparatus which allows for deeper and more lengthy movement underwater.