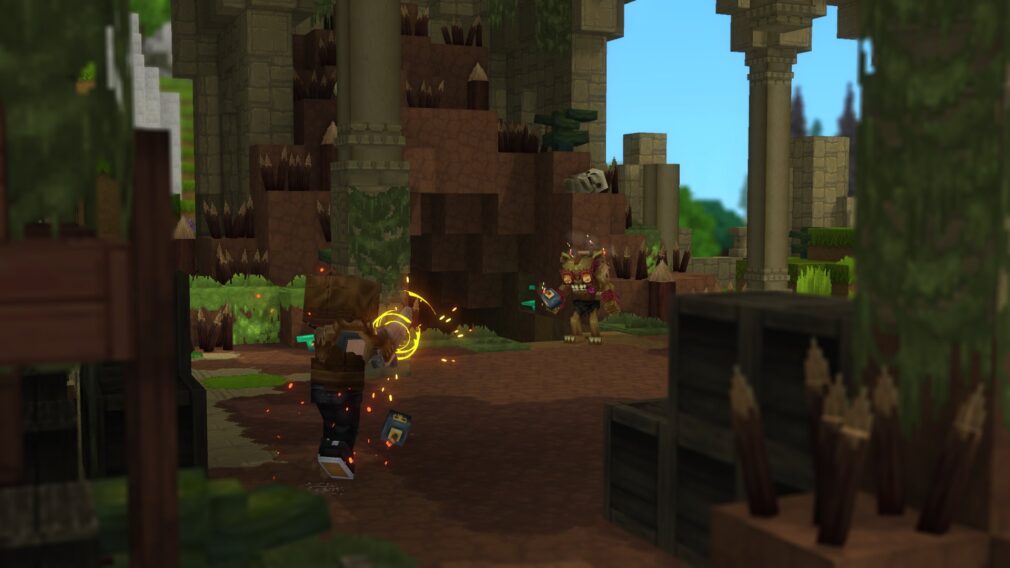 As March 2021 draws to a close below we have a recap of all the new screenshots released by the Hytale team. This month we got a look at Sword effects another look at Goblins and much more. This month Hytale also won an award for the Most Anticipated Game at the NI Game Awards the team tweeted the following:

We’re very proud to have won ‘Most Anticipated Game’ at the NI Game Awards over the weekend – thank you to everybody involved and congratulations to the other winners and all of the nominees!

This week’s new Hytale screenshot features a Trork Camp surrounded by a forest as the sun sets on Orbis.

This week the Hytale Team has released a screenshot showing a Goblin throwing a bomb at a player. We also get our 1st look at some new Sword effects.

The final screenshot released for March shows an underground settlement with a few Goblins. The following message was posted along side the screenshot. The tunnel opens out to reveal a ramshackle settlement – and a scrambling horde rushes to repel the interloper…