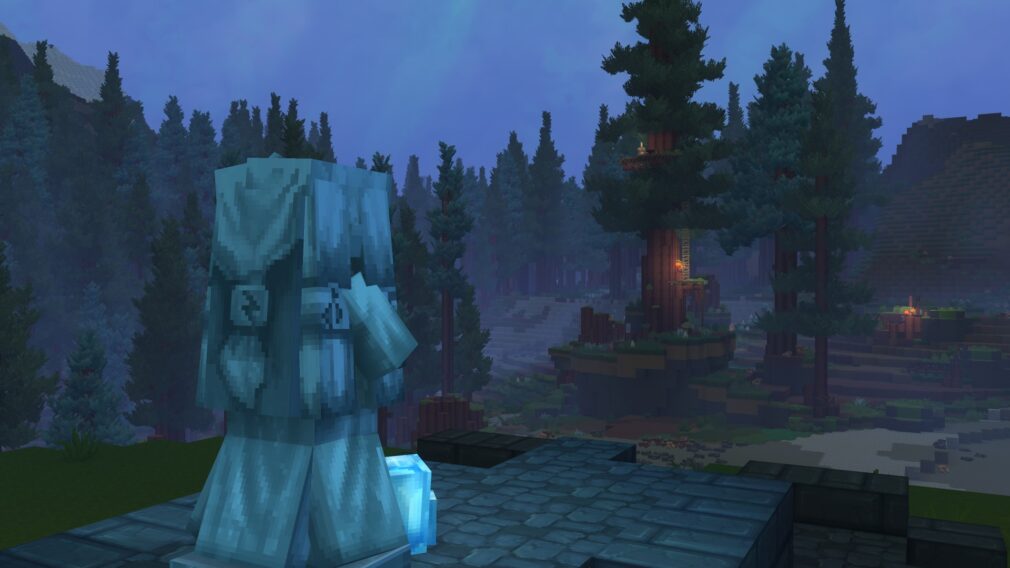 Gaia is presumably the goddess of the Hytale universe. She is a very important figure throughout Hytale lore and is worshiped by many of the factions in the game. Gaia has some unknown connection to the Elements of the game.

In Hytale, some of the races of Orbis, such as the Humans, Kweebecs, and Feran, worship Gaia. The conceptual art for the game suggests that Gaia may have been worshiped since long before the player enters the world, as there are ancient decaying statues in her image.

Gaia likely has an unknown connection to Varyn, the suspected antagonist of the Hytale story.

Gaia is commonly depicted with her five ponytails, each one representing one element: Fire, Lightning, Water, Wind and Earth. She wears a dress of green leaves, which symbolizes nature, and white cloth, that symbolizes the light.

Gaia resides in the Temple of Gaia in the Garden of Elements.

Kweebecs are known to worship Gaia and tend to carve small statues of Gaia out of wood from ancient trees. These statues are very precious to Kweebecs. Humans and Ferans can also make statues of Gaia.