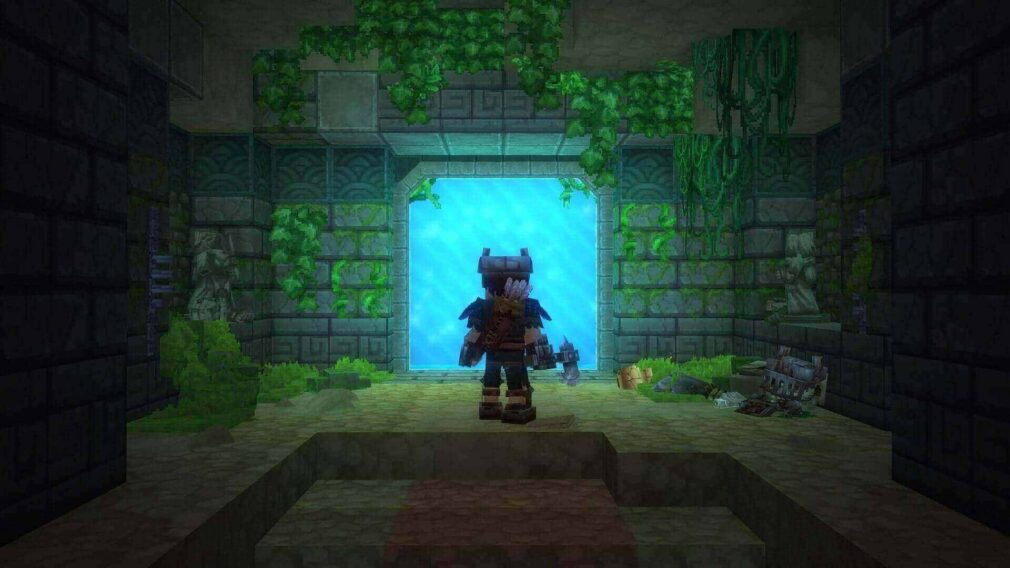 Last week we updated the header for HytaleSpy so that each area will display a unique Hytale screenshot. Since HytaleSpy was founded in 2019 we’ve stuck with the same portal screenshot that you can see above across each area of the site. The main reason we did this was purely due to optimization, our goal has always been to make HytaleSpy fast, nimble, and scalable so early on large images were not on the cards until we got to the point where the site was using nerdy stuff like lazy loading and caching.

Last week we made the change and were surprised by the positive feedback along with questions about being able to view the full screenshots we’re using so below we’ve put them all together in full size for you.

The new image used on the Hytale Maps category is a player aiming a spear at a not too friendly Skeleton.

For Hytale Models we went with a player getting chased by a Goblin.

For Hytale News we felt this stunning screenshot of a Hytale Farm was perfect due to how vibrant it is.

With Hytale Seeds it was best to go with a wide overhead screenshot of Zone 1 Emerald Grove from Orbis.

Hytale Worlds we wanted to highlight a player creating within their world so this farming screenshot worked well.

For the homepage we used one of the newest screenshots showing Zone 1.

And finally, we had to keep the Portal screenshot somewhere we don’t like goodbyes and this screenshot has been seen by us thousands of times over the past 2 years so we moved that over to Hytale Guides

All the screenshots above are the ones we’re using if you right click them you can save them. Please note some of them will be compressed but it should be unnoticeable other than the sizes are smaller than normal.